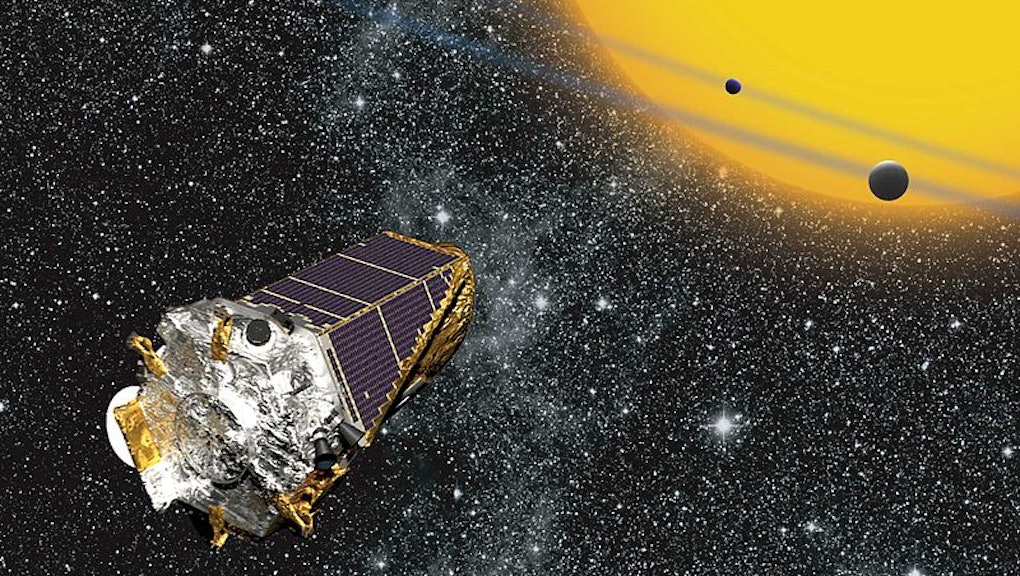 NASA released an impressive inventory of 219 recently discovered "planet candidates," 10 of which are close to the size of Earth and could conceivably host intelligent alien life.

Objects of interest identified by NASA's Kepler space telescope are eventually called "planet candidates" after further vetting. Some candidates can end up being false positives later on, meaning that they're not new planets, after all. But even if that happens, Kepler's catalogue gives us some interesting insight, particularly on "exoplanets" (planets that exist beyond our solar system).

"We're going to determine how common other planets are. Are there other places we could live in the galaxy that we don't yet call home?" Susan Thompson, a Kepler research scientist at the SETI research, said at a press conference on Monday.

Many of the possible planets Kepler has collected have already been filed into two noticeably different groups: gaseous planets that are generally smaller than Neptune, and rocky planets around the size of Earth.

“We like to think of this study as classifying planets in the same way that biologists identify new species of animals,” Benjamin Fulton, a doctoral candidate at the University of Hawaii in Manoa, said in a NASA release. "Finding two distinct groups of exoplanets is like discovering mammals and lizards make up distinct branches of a family tree."

The 10 new Earth-like planet candidates bring the total list to 49, Business Insider reported, and they could conceivably support alien life so long as they have a "stable atmosphere."

Of course, there's a slightly less exciting alternative to consider, too. These potential new planets — and their speculated extraterrestrial citizens — could just end up being false positives.