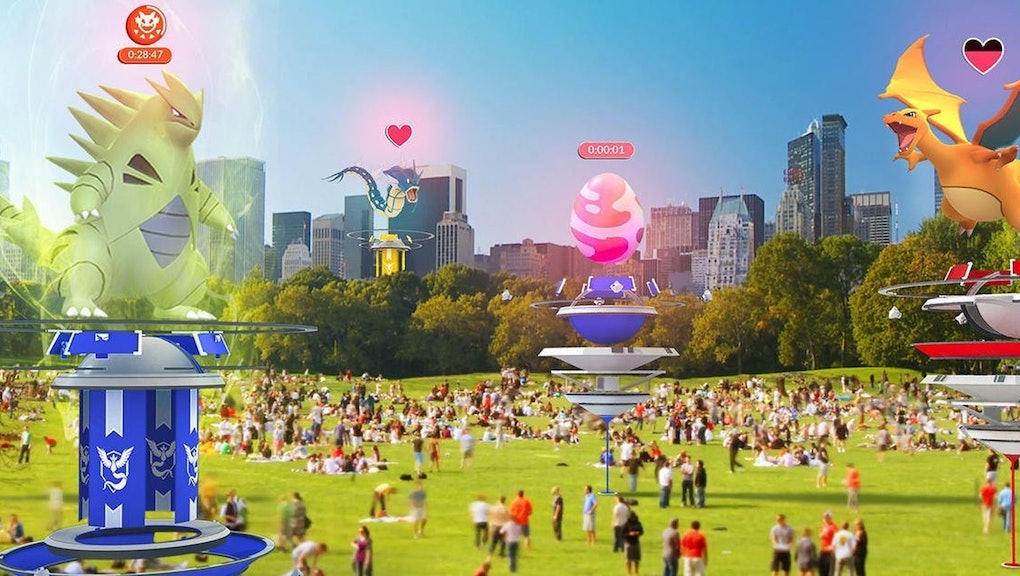 Niantic detailed the new Pokémon Go update on Monday with a brand new gym system, raids and new items. A day later, the game maker is keeping its promise to iPhone and Android users. Niantic announced on Tuesday that update 0.67.1 for Android and 1.37.1 for iOS is officially rolling out, bringing drastic changes to the game just ahead of its one-year anniversary.

The latest edition of Pokémon Go revamps the gym battling system we've grown so used to over the last year. If you've seen gyms near you as "under construction," that's why.

According to Niantic's previous blog post detailing the changes, gyms will look entirely different than before, and you won't be able to enter more than one of the same Pokémon into a gym. Conquering a gym will give you that gym's badge, highly similar to the core Pokémon games.

Raids will also come to Pokémon Go. Conducting a raid will require a raid pass, which you can obtain once per day. As the name suggests, raids let you and other trainers work together in bringing down a gym. Defeating a raid boss will result in a special item.

Items can also now be obtained by swiping on a gym how you would a Pokéstop in the previous version of Pokémon Go.

Not much more. This update focuses heavily on revamping the gym system, how it yields items and who you can battle alongside when conquering one. Other than that we aren't getting a new generation or legendary Pokémon. Not yet, anyway.

Here are the official release notes for the new version of Pokémon Go, via Niantic.

'Pokémon Go' is in the process of being updated to version 0.67.1 for Android and 1.37.1 for iOS devices. Below are some release notes and comments from our development team.

You can also check out the new Pokémon Go load screen below.