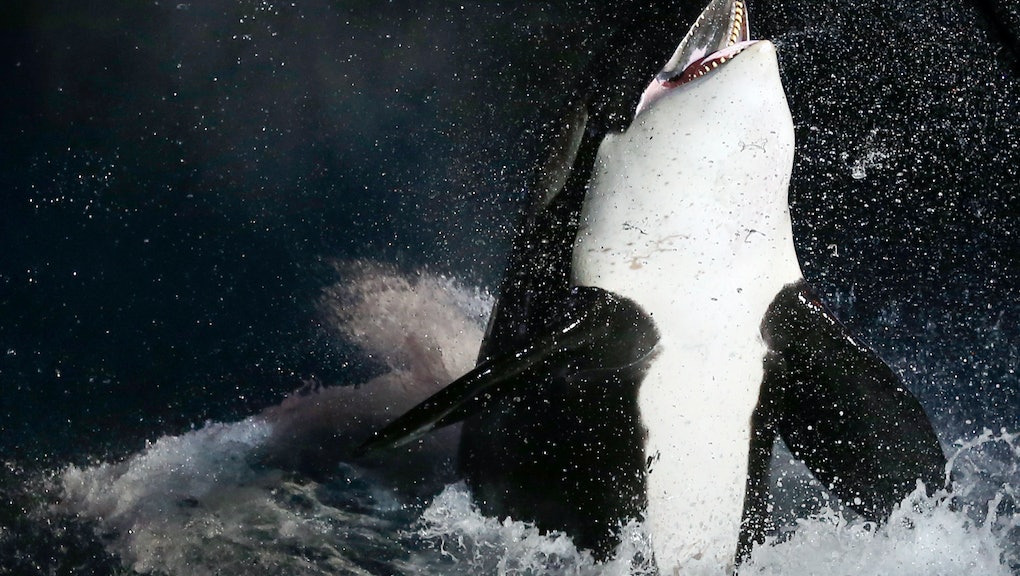 Forget the machines rising up against us, what we really need to be worried about is the orcas.

According to a report in the Anchorage Daily News, gangs of orcas have been harassing local fisherman, often stealing their catch before they can make it back to the docks.

“You’d see two of them show up, and that’s the end of the trip. Pretty soon all 40 of them would be around you,” John McHenry, owner of the F/V Seymour, told the National Post. He added that the orcas have become sort of like a “motorcycle gang.”

The orcas, the National Post reported, have learned exactly when and where fishing boats will troll for catches. The giant whales will then wait, sometimes the entire day, for the fishermen to accumulate their catch before chasing after the boats and eating through nets and devouring anything left on a line.

In May, Captain Robert Hanson wrote in a letter to the North Pacific Fisheries Management Council that his crew was "harassed nonstop" on recent voyages by the whales. According to Hanson, he has lost an estimated 12,000 pounds of sellable halibut to the orcas and “wasted 4,000 gallons of fuel trying to outrun them," the Anchorage Daily News reported.

"The pod tracked me 30 miles north of the edge and 35 miles west (while) I drifted for 18 hours up there with no machinery running and they just sat with me," Hanson wrote.

So what’s causing the uptick of aquatic mammal on man violence? According to John Moran, a NOAA fisheries biologist who spoke to the Anchorage Daily News, the whales are simply superior hunters and can differentiate sounds of different boats and learn the sounds of the hydraulic system that lowers the fishing gear into the water.

To help combat the growing orca aggression the North Pacific Fisheries Management Council passed two motions, one allowing the council to further research the extent of the problem of killer whale depredation on halibut and black cod longline fishermen in the Bering Sea. According to data published in the ICES Journal of Marine Science, killer whales can decreased catch rates of black cod by 45% to 70%, while sperm whales can decrease catch rates by 24% to 29%. A separate 2014 study on Alaska fisheries showed orcas stealing from fishing boats costs the fishermen as much as $500 a day.

The other measure passed by the council is meant to figure out if pots would be a better option to catch halibut and keep the whales away from the catch. However, pot conversion isn’t an easy fix. As the National Post reported, converting a fishing boat to using pots can cost hundreds of thousands of dollars.

“It’s unfortunate the orcas are putting us out of business,” McHenry told the National Post, “because they’re really a phenomenal mammal.”