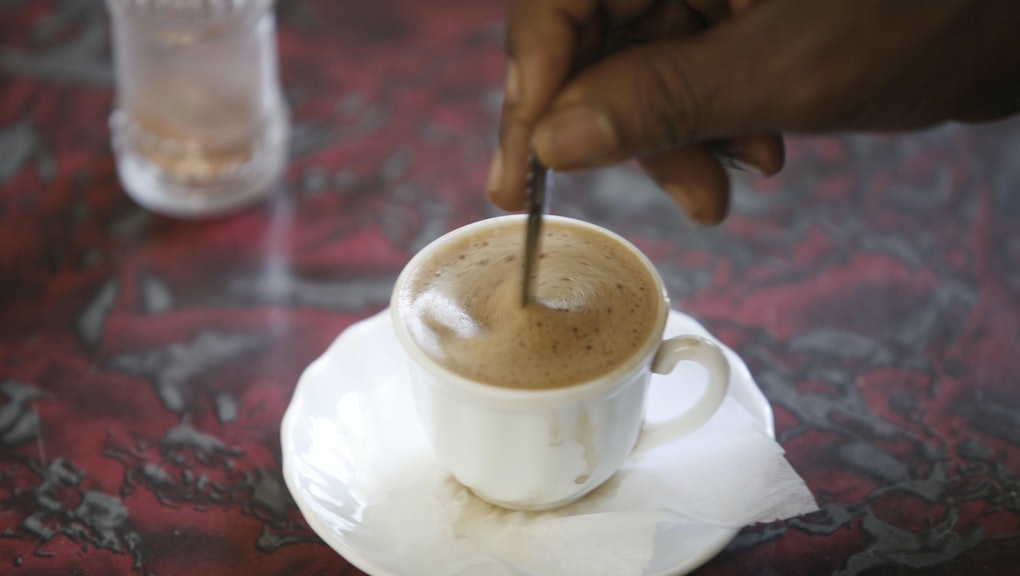 Your favorite coffee could be going extinct thanks to climate change

Ethiopia, the birthplace of the coffee bean, is poised to lose up to 60% of its suitable farming land by the end of this century thanks in large part to climate change, a new study published in the journal Nature Plants reported.

The coffee bean, specifically Arabica coffee, provides the African nation with nearly one quarter of its export earnings, totaling more than $800 million, according to the study. But soon farmers will have to find new land at either higher altitudes or cooler temperatures to produce the coffee the world over knows and loves.

"There is a pathway to resilience, even under climate change," Aaron Davis, from the Royal Botanic Gardens Kew who conducted research work with Ethiopian scientists, told the Guardian. "But it is a hugely daunting task. Millions of farmers would have to change."

The pathway Davis describes will ask farmers to move into the mountain regions and bring their crop to a higher altitude where temperatures are more stable and more friendly to the fickle crop. But, the move would be an absolute last-ditch effort. As Davis said, "It literally reaches the ceiling, because you don’t have any higher place to go."

And while moving the crop into a more habitable climate would save production, it would ultimately change the taste of coffee forever.

As CNN reported, higher temperatures, like those caused by climate change, cause coffee beans to ripen too quickly, creating less flavorful beans.

But, moving the beans to a cooler climate will present its own challenges. By moving the plants farmers will likely have to change the plant varieties, Popular Science noted, and "at a minimum you’ll have different soil quality up there." So either way, the taste and quality of your favorite coffee will likely be a little off.

And it’s not just Ethiopia's coffee industry who could feel the effects of climate change sooner rather than later: If Brazil, the world’s largest coffee producer, sees temperature rise of 3 degrees Celsius, it would experience a two-thirds drop in sustainable farming area for coffee, the Guardian reported. Additionally, the Guardian pointed out that in 2016 a group of researchers predicted that climate change could soon halve the world’s coffee-growing area.

And caffeine is simply an addiction the world can’t kick. In the United States alone, 54% of adults self-identify as daily coffee drinkers, according to the National Coffee Association. Although the average American already drinks 3.1 cups of coffee per day, the World Coffee Research report found that demand for the caffeinated beverage will double by 2050.

As for what consumers can do now to help support farmers, Mike Kapos, Vice President of Marketing and third generation owner of Downeast Coffee Roasters, said to simply learn about where your coffee products come from and use your purchasing power for good.

"Pay attention to what you're buying and try to support shops that offer sustainably sourced coffee," Kapos said. "If the farmers are paid a fair price they'll be in a better position to take the necessary steps in fighting this."