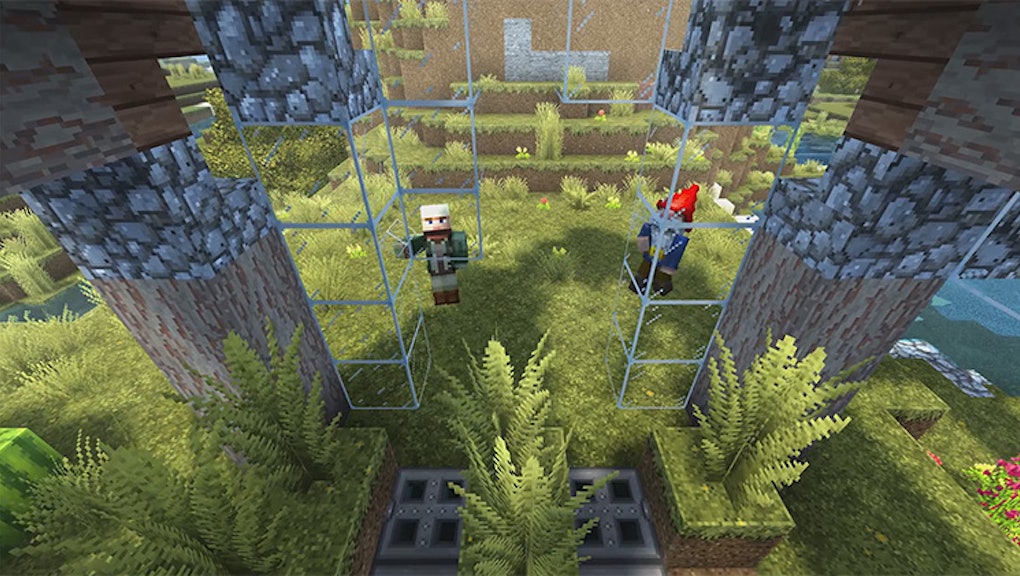 Minecraft is about to start looking a whole lot better with the introduction of the Super Duper Graphics Pack, originally introduced during E3 2017. Previously it was announced for those who play Minecraft on Xbox One and on PC, but now the graphics pack is actually coming to the Nintendo Switch as well, according to an interview at Kotaku.

Rendering lead Cameron Egbert let the cat out of the bag: "It will be anywhere that you can play Minecraft in the new version. It will improve any screen on which you play, but the best experience will be on Xbox One X."

Thanks to the "Better Together" initiative from Microsoft, Minecraft is looking to invite all players on various platforms to play together. This includes bringing Switch players onboard as with the upcoming Super Duper Graphics Pack, which makes the blocky look a whole lot more eye-popping.

The update will offer a brand new vision of Minecraft with 4K HDR graphics, improved lighting, water effects, shadows and a whole other smattering of visual improvements. It's also all coming for free.

The introductory video shows off a good chunk of what to expect from the update, and it looks nearly like a different game. Unfortunately there isn't a concrete release date just yet. You can expect to see it gracing a Minecraft player's screen near you this fall.