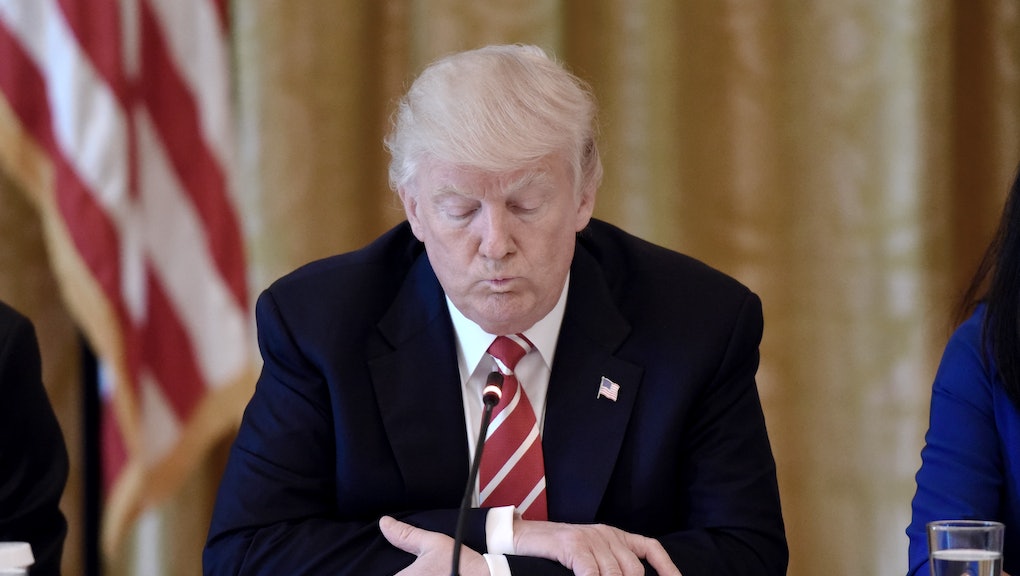 On Thursday, two political watchdog groups filed a lawsuit against President Donald Trump and the Executive Office of the President for allegedly violating the Presidential Records Act (PRA), NPR reported.

The groups, Citizens for Responsibility and Ethics in Washington (CREW) and the National Security Archive (NSA), accused President Donald Trump and his staff of regularly using encrypted messaging apps for internal communication, which violates the PRA.

The suit also takes personal aim at Trump for deleting messages he sent on his personal Twitter account. In the suit the groups claim that numerous statements made by President Donald Trump on Twitter have been deleted since he took office. It specifically points to one instance where Trump deleted a tweet about meeting with generals at his Mar-a-Lago resort in an "attempt to avoid criticism over apparent conflicts of interest."

And, as NPR reported, the suit and its specific Twitter claims may have precedent as social media posts were previously included as a type of communication to be archived under the PRA in the Obama administration.

"The American people not only deserve to know how their government is making important decisions, it's the law," CREW executive director Noah Bookbinder said in a statement provided to NPR. "By deleting these records, the White House is destroying essential historical records."

However, the White House denied all the accusations in the lawsuit. A White House official told Newsweek, "The White House doesn't permit the use of apps such as this and works diligently to ensure all staff comply with the Presidential Records Act."