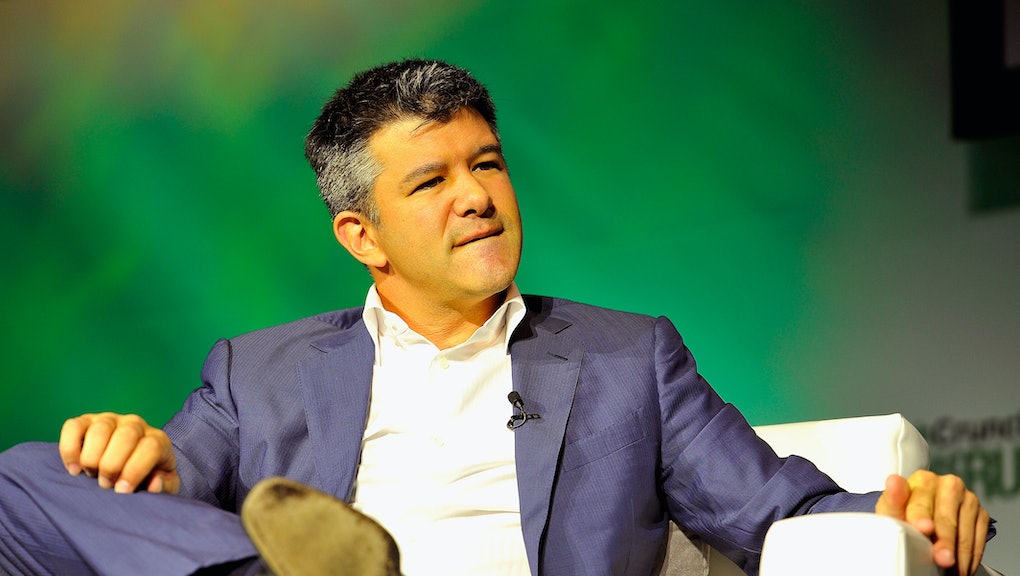 Leslie Miley: Former Uber CEO Travis Kalanick is not — and never was — a leader

There's a petition circulating at Uber to bring back former CEO Travis Kalanick. For those supporting his return to the ridesharing company, I have a small piece of advice: Take your heads out of your collective asses.

Kalanick is not and was never a leader. I won’t bore you with what I believe leadership is, but I will submit that creating a company and culture that has allowed, enabled and encouraged potentially illegal, immoral and unethical behavior for several years is not leadership.

I would also invite you to reflect upon how people who thrived in this environment were rewarded and promoted.

Many of you who took the time and effort to create and circulate a petition claim Kalanick is changing. You point out he just lost his mother and should be granted some compassion, empathy and understanding. I wonder if many of you extended the same empathy, compassion and public offerings of support for your current and former co-workers who went public with their concerns. Did you reach out and try to save their jobs, or did you circle the wagons and question their motives or ability to perform their jobs?

I encourage those of you who seek his return to look at the human cost of the type of leadership Kalanick embodied. There is the pain and humiliation Susan Fowler experienced under that leadership. The fear for her family Sarah Lacy had to endure after she was publicly threatened by one of your coworkers.

Tell me, what type of leadership creates an environment where an executive can acquire and share the medical files of a sexual assault victim with the executive staff and only be terminated when it is leaked to the press?

Where else have you worked where your leadership has to explain a co-worker's suicide? Is it amazing leadership that creates an environment requiring investigation by the former attorney general of the United States?

Where else have you worked where your leadership has to explain a co-worker's suicide?

With 17 years at companies like Slack, Twitter, Apple, Google and Walmart, I never witnessed anything even remotely this toxic, amoral or unethical.

Perhaps many of you are thinking I don’t work there, I don’t know Kalanick like you do, that he's growing and changing as a leader due to these (self-inflicted) disasters and that the board should have given him the chance.

While this may be true, the fact is, his leadership not only created a toxic environment for people inside of Uber, but the growth-at-all-costs mentality also increasingly put riders and drivers in potentially unsafe situations.

I learned firsthand about the issues with rider safety when I interviewed at Uber in June 2015 for a engineering leadership position. Imagine my concern when those same problems were brought to my attention in a May interview for a similar engineering position at the company. What type of leadership puts human safety on the back-burner for two years just for the sake of growth?

In February, I tweeted about Susan Fowler's blog post, guessing that what she described was "not a one-off" event.

And almost every week since that tweet, a new story has surfaced about the toxicity the Uber environment has created, nurtured and doubled-down on — a truly amazing series of self-inflicted disasters that continue to demoralize a workforce. This is the leadership of Uber in action.

Those of you who want Kalanick back should take a hard, long look at the legacy he's leaving. His type of leadership is why Fowler published her story. It's why the Justin Caldbecks have operated with impunity for far too long and why Ellen Pao sued Kleiner Perkins Caufield & Byers.

Those of you who want Kalanick back should take a hard, long look at the legacy he's leaving.

This is the type of leadership that treats women and people of color in tech like second-class citizens and why those individuals leave the tech industry at such high rates.

We all make mistakes in our careers. Some mistakes cost us the trust and confidence of our coworkers, and others cost us our jobs.

This is a corrective mechanism that has to exist in an organization and one that did not exist, specifically at the executive level, at Uber.

This is a legacy of arrogance, hubris and entitlement. That this legacy allows an executive team to operate with this level of impunity and not be held accountable is the very definition of white male privilege. This is the legacy and the leadership of Travis Kalanick.

This op-ed was originally on Medium. Republished with permission.