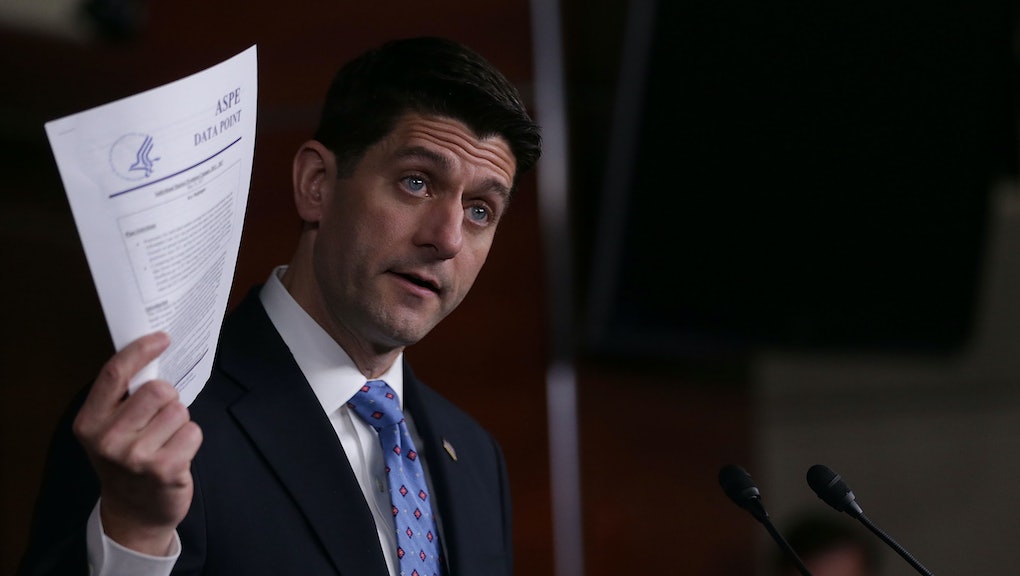 According to the Congressional Budget Office, 22 million Americans will lose health insurance by 2026 if the Senate health care bill, known as the Better Care Reconciliation Act, becomes law.

Additionally, according to the CBO, 15 million more people would be without health insurance by next year, though the loss would likely come from people choosing not to renew their health insurance without the federal mandate to purchase coverage.

Though the CBO estimated that 1 million fewer Americans would lose insurance under the Senate plan than under the House-passed plan, it simply wasn't good enough for Democrats who immediately took to Twitter to share their dismay at the "mean" bill.

California Rep. Ted Lieu called upon President Donald Trump to objectively look at the Senate vs. House bill. And his fellow California congressman, Brad Sherman, called the bill #Meaner for its immediate effects.

Maryland Rep. Jamie Raskin said nothing has changed on the new bill, adding that the bill only gives tax breaks to the wealthiest Americans.

New York Rep. Sean Maloney also shared his dismay, showing concern about the long-term effects the bill will have on people's access to health care.

Sen. Martin Heinrich (D-N.M.) sent a series of tweets following the release of the CBO score, asking how Republicans can defend their votes in the face of these facts.

Politicians weren't alone in their anger over the proposed bill. On Monday, the American Medical Association announced it strongly opposed the Senate's health care proposal.

"Some of the most vulnerable members of our society — including those who require treatment for opioid-use disorder — would be endangered by the Senate proposal's arbitrary, unsustainable, and shortsighted formula for funding Medicaid," Dr. David O. Barbe, president-elect of the American Medical Association, said in a statement.

"That is just one of the reasons why the AMA opposes this Senate proposal. Ideas such as extending cost-sharing reduction payments to stabilize the individual insurance market should be the start of serious discussions on how to improve the current law so we can ensure that high-quality, affordable health insurance is within every American’s grasp."

Additionally, the United States Conference of Catholic Bishops announced in a statement shared to Twitter that the Senate bill was "unacceptable."

"This moment cannot pass without comment," the group's chairman said in the statement. "As the USCCB has consistently said, the loss of affordable access for millions of people is simply unacceptable."

According to CNN, Senate Majority Leader Mitch McConnell (R-Ky.) wants a vote on the health care bill before lawmakers leave town for the July 4 recess. So far, at least five Republicans have said they cannot support the legislation, according to NBC.