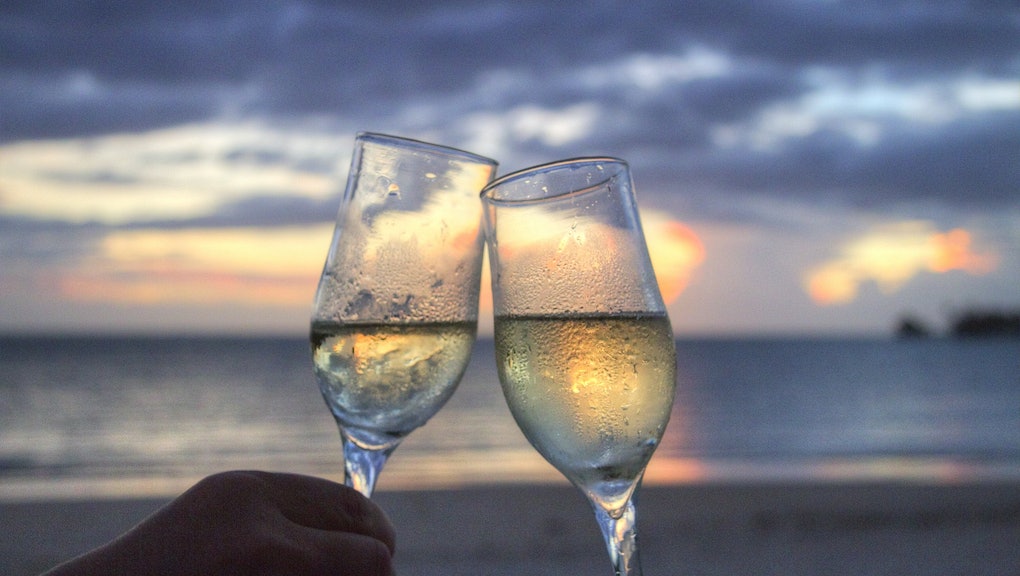 NASA says you can probably make wine in space. We're bringing the cheese.

At last, scientists may be able to get drunk in space.

NASA's Vegetable Production System, called "Veggie" for short, is working on growing various types of produce aboard the International Space Station so astronauts can have a balanced diet. But you know what's more fun? Growing grapes vines that can deliver space agents some tasty wine.

"Wine grapes would be an interesting challenge," Veggie principal investigator Gioia Massa told Gizmodo. "We have been working with some dwarf fruit trees that the USDA developed, and I have heard that they also have some dwarf grape vines, so if the plants were small enough or could be trained around, for example, lights, it would certainly be possible to grow them."

Though it's a fun idea, NASA unfortunately has its priorities in order and is not currently working on creating wine in orbit.

"Most plants for space are super compact, but if you had vines that you could coil or clip a larger plant might be an option," Massa said. "Getting light to a sprawling vine is definitely a challenge ... You would want very compact varieties."

Sure, it's not a good use of space or resources — but it is possible. And as Asgardians try to develop the first-ever human space nation, perhaps a little booze will become more of a priority.