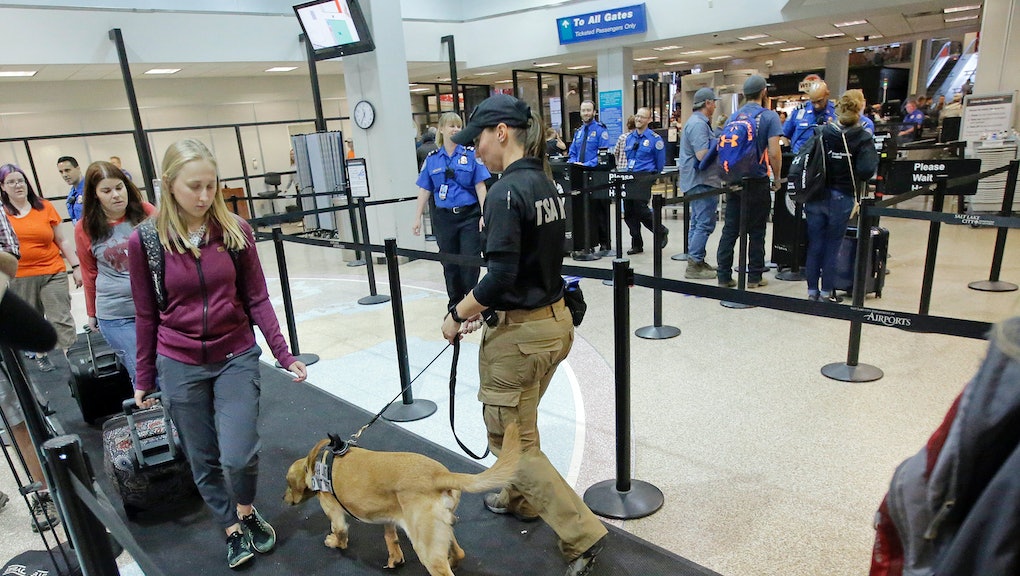 According to Reuters, who spoke to officials in Europe and in the U.S., airlines have 21 days to implement new explosive screening measures, and 120 days to comply with other new security procedures. The specifics of many of the new security measures will not be released due to security reasons, CNN reported.

An aviation source explained to CNN that some of the measures could include an increased use of K9 dogs, interviews of passengers before boarding and explosive trace detection equipment.

There are no plans for an expansion of the in-flight laptop ban, which was put in place in March. In fact, once airports implement these new measures, the electronics ban will be lifted.

The new measures couldn’t come soon enough for experts like Robert Mann, analyst at R.W. Mann & Co, who told Reuters that current screening of carry-on luggage "can't tell the difference between a block of cheese, a romance novel and a block of semtex plastic explosives because they're all about the same density."

A spokesperson for Delta, which has flights on six continents, said via email, "It’s too early to say when we’ll be able to comply, but Delta is working closely with DHS to implement the new security measures. We’re also working to minimize any potential impact to our customers."

A spokesperson for British Airways additionally said in an email that it plans to comply with the new requirements and that its flights will continue to operate as normal. "The safety and security of our customers and colleagues is our top priority at all times," the spokesperson added.

About 280 airports around the world will need to oblige by the new measures, according to a senior DHS official who spoke with HuffPost. The official also said the measures will be implemented in phases, though some of the measures have already been tested at several U.S. airports including Phoenix Sky Harbor International Airport.