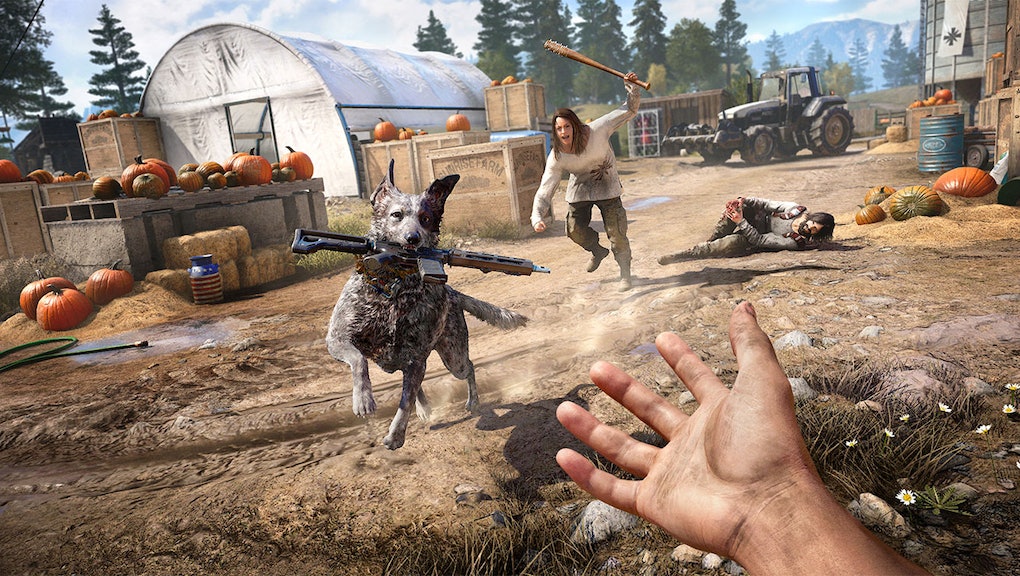 'Far Cry 5' Gameplay: Towers and minimaps are gone. Here’s why.

Previously, Ubisoft had revealed that the fifth entry in the Far Cry series, Far Cry 5, would not include minimaps or towers. Both are typical of open-world games, helpful navigational tools meant to assist players in finding points of interest on sprawling maps with several objectives. Fans have been speculating on why, with this installment, the normal format was switched up.

According to an interview with GamingBolt, lead writer Drew Holmes said it all has to do with "helping to increase exploration."

Far Cry 5 Minimaps: Why the features were omitted

In his interview with GamingBolt, Holmes said that in Far Cry 3 and Far Cry 4, there was a rhythm that players got into where they would seek out a tower, hit a button and then see "all of these things pop up."

"We really wanted to focus on exploration with a sense of, ‘I’m not sure what to do or where to go’," Holmes said. Apparently, the decision was also made with the game's location in mind, as Holmes said the goal of getting rid of the towers was to "force" players to interact with NPCs and other people — and to pay attention to their surroundings in-game. These were all deliberate decisions to weave together what the team called a "believable world."

As far as minimaps go, Holmes said their removal was to ensure players aren't always "staring at a little corner" of their screen asking what's new in the world.

“You’ve got to actually pay attention to the world and making sure that the art side is doing a good job of making sure there are good landmarks to orient yourself," Holmes elaborated. "That it becomes more of less the game guiding you on where to go, and more of you saying, ‘where do I want to go, what do I want to do today?'”

Holmes' explanations for both decisions make sense, even if they may be frustrating for players who enjoy having their hands held or looking at minimaps.

It's interesting that the removal of said mechanics and tools are the way Ubisoft chose to go, rather than adapting by introducing different gameplay. But if you were interested in why these decisions had been made, this pretty much seals it.