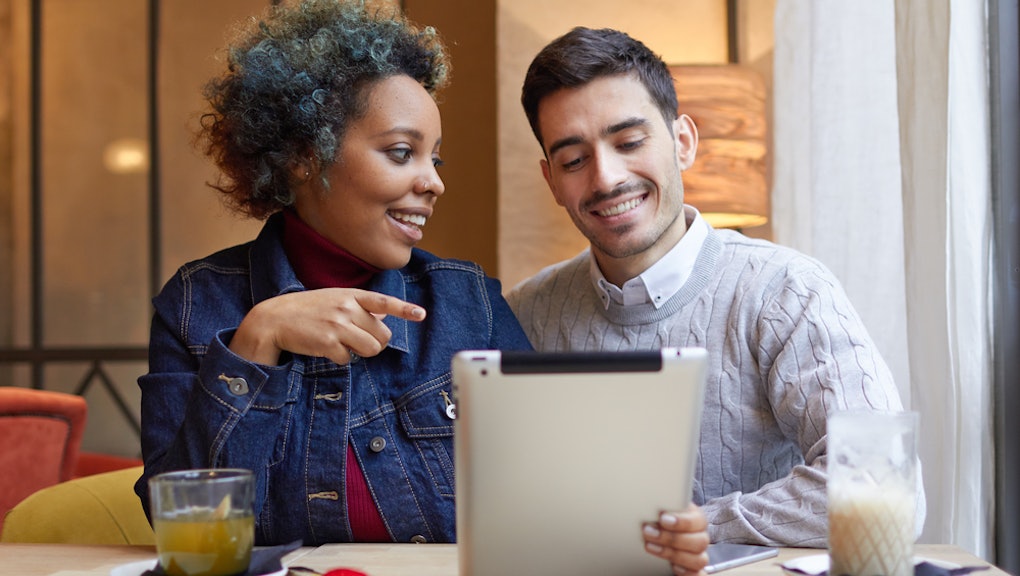 Stop wasting money: How to cut back on “convenience vices” — but still have fun

You know perfectly well that eating out and hitting Starbucks more than a few days a week can wreak havoc with your budget. And while anyone can tell you that an easy way to save money is by cooking at home and avoiding coffee shops and the bar, that’s a tough sell, especially when the drumbeat message is “life is short, play hard.”

While these “vices” aren’t as harmful as the bad habits that can kill you, like binge drinking, drug addiction or smoking, “convenience vices” can stall your financial growth — and keep you living paycheck to paycheck. Unfortunately, convenience vices are becoming more prevalent as Americans are working more and have a longer commute.

A long commute can make you particularly susceptible to the pricey conveniences like gourmet coffee and fat breakfast sandwiches. The average commute has increased by 20%, to 26 minutes each way, the Washington Post reported. “The last thing I want to do is wait around for coffee to brew when I’m facing a long commute every morning,” B.J. Reeves, an attorney from Boca Raton, Florida said by phone. “I’d rather grab coffee at Starbucks after I get to work.”

Although a single generation isn’t guilty of vice spending, the latest study from Bankrate shows that 54% of millennials eat out and 30% buy coffee at least three times a week. More than half hit the bar on a weekly basis. “While the study reflects an increase in millennial vice spending, you need to consider the context,” Greg McBride, chief financial analyst at Bankrate said by phone. “If you are living in a small place with three roommates or living at home with your parents, you are going to have more disposable income and are more likely to eat out or buy coffee without sacrificing savings or not paying debt.”

Millennials are actually astute savers, McBride added, and vice spending is only harmful when it inhibits saving. “It’s a problem when you are buying coffee and eating out every day, but can’t pay down debt or build an emergency fund.”

Why can’t we stop?

Wrangling vice spending under control is no mystery: just eat, drink coffee and have cocktails at home rather than splurging at a bar or restaurant. So why can’t people cut down? “People want to feel rewarded and there’s a huge psychological component behind why we keep spending, especially when its at the detriment to our financial situation,” McBride said.

Buying that $4 coffee has become a social ritual where the consumer feels valued and treated during a harried day. “Everyone has their splurge, their personal indulgence,” therapist Joanne Weidman said to Forbes. “The 1% may splurge on cars, furs or vacations, but the 99% have theirs — the unnecessarily expensive hair salon, the top-shelf whiskey, the running shoes, the occasional massage — and coffee.”

The march toward affordable luxuries, especially for those living on a tight budget is one way to emerge from the daily personal drudgery and feel a little better about life. “During the recession I would be at the airport at 5 a.m. and was amazed to see the line at Starbucks was longer than the line at security,” McBride recalled. “I talked to people about reducing debt and building savings during the financial crisis, but when I would suggest cutting coffee, they looked at me like I was being draconian.”

Painless ways to make it stop

Is there anything you can do to keep your vices from killing your finances or are you doomed to stay on the splurge treadmill? One key is to cut back in a way that doesn’t make you feel like you are denying yourself too much. Another is to accept that you are going to splurge once in a while and set aside money just for that.

Here are 5 specific ways to start reining in the convenience expenses that have gotten out of control:

1. Pre-make meals ahead of time

The best way to avoid wasting money on take out after work is by making sure you’ve got a tasty meal to look forward to when you get home. Stock up on your favorite ingredients by shopping at the local warehouse store. Before you shop, scan recipes ahead of time like spaghetti with kale pesto and meatballs (which you can buy pre-made and frozen) or bacon cheddar waffles, so you know exactly how much of each ingredient you need to purchase.

Make Sunday “meal prep day” and cook and portion your meals for the week, which can be frozen or refrigerated. One tip is to purchase small Tupperware containers to hold meals so all you will need to do is transfer your portion from the container to either the microwave or stove.

2. Bring snacks from home and fill your travel coffee mug on the way out the door

Skip your morning Starbucks run and savor some quality home brew on your commute instead. Just make sure you have a travel mug so your caffeine fix is literally in your hand as you whiz past the long line at the coffee shop. And since just making your own coffee will save you money, go ahead and buy the good beans at the grocery store. Even the fanciest home setup will cost you a maximum of $1.80 per 16 oz. cup, Tough Nickel estimates. That’s still less than half what you’ll pay for a $5 latte.

Your afternoon food cravings can also ruin your budget if you’re not prepared. Think ahead and have “vice” supplies on hand for just the occasion. Put some almonds in a small container so you always have a snack handy. Bring a container of yogurt or piece of fruit to work. Or make your own snack bars and pack them with you. It will be tastier and healthier than anything you can buy from the office vending machine. What’s more, it will keep you from wasting money on “impulse” snack purchases.

You can only resist your urges so much. And pretending you’ll never buy a cup of coffee or get a scoop (or three) of gourmet ice cream at your favorite shop is probably unrealistic.

Instead of cutting yourself off cold turkey, keep a close eye on what you spend on vices by literally keeping an envelope of cash for each vice, such as “alcohol” or “coffee.” After you’ve added to your emergency fund and 401(k), use leftover cash to fill your envelopes. You may only have a few bucks so you’ll have to decide which vice gets more money.

When your vice strikes, use money from the dedicated envelope, but once it’s empty you’ll have to re-stock before you can indulge again. Why maintain an envelope of cash rather than a checking account for vices? The physical envelope of cash is more powerful at controlling your vice because you can actually see what you have (or don’t have), Sarah Berger from the Cashlorette told Mic.

Set parameters and rules to go on a money diet for a certain amount of time, Forbes suggested. Rules could be no eating out for a few weeks, but free food is fair game — even if it’s just the samples they give out at the grocery store. If you don’t want to live like a monk and still want to join friends for lunch, go and just order a drink or agree in advance to split an appetizer with a friend. It may sound weird, but your squad will most likely understand and probably want to know more about your money diet.

Also, track your spending so you can see your progress, which can be very encouraging. Break down spending to what you pay for each meal so you can see how little you can spend on a decent meal when you make it yourself.

You can have your latte and drink it too. Remember the uproar over cutting avocado toast to become a millionaire? Many people would argue it’s not the daily latte or avocado toast that’s killing your budget, but instead, it’s overlooking the bigger expenses that inhibit financial growth.

First, look at your housing expenses. You could cut your rent in half if you got a roommate or moved in with someone else. Then you could afford to eat avocado toast every day of the week. Even just renting out your room when you go on vacation could save you two weeks worth of rent. Other areas to explore include refinancing any loans, especially high interest student loans and transferring high interest credit cards to a zero or lower interest card.

The whole idea behind financial freedom is to be able to spend money on the things that matter most to you without winding up in debt or sabotaging your retirement. It’s up to you whether that means cutting out restaurant meals or keeping your old car for another year before you replace it. For more ideas on how to budget, Read Mic’s guide on making a budget in 5 minutes to help figure out what you can — and can’t — afford.