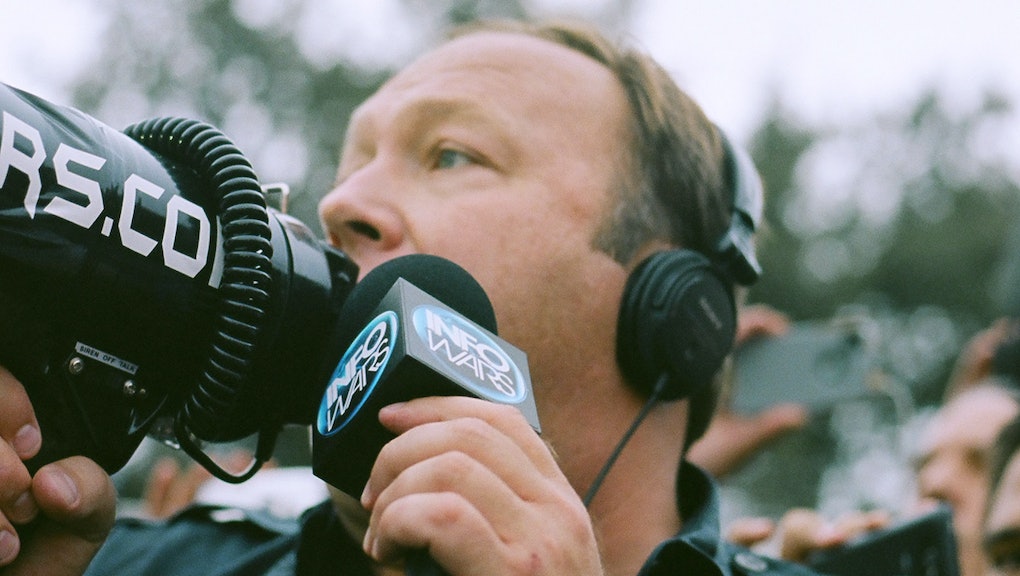 A NASA official is debunking absurd claims that scientists have created a space colony made of child sex slaves on Mars.

The claims were made on a show hosted by InfoWars’ Alex Jones, a man who profits from creating viral fake news. Jones invited a guest named Robert David Steele onto his show that day, and Steele alleged that these nonexistent space slaves are children abducted for the sake of space labor — or to be harvested for bone marrow and blood.

“We actually believe that there is a colony on Mars that is populated by children who were kidnapped and sent into space on a 20-year ride,” Steele said on June 29. “So that once they get to Mars they have no alternative but to be slaves on the Mars colony.”

It’s certainly an imaginative tale, but it’s pure fiction, according to NASA. The Space Agency has plans to send a human team to Mars by 2033, but nobody has actually arrived there yet (and if they do, they won’t be child sex slaves).

Jones has made questionable claims about NASA before. In the past, he invited a guest onto his show who claimed that the 1969 U.S. landing on the moon was fake.

Conspiracy theories about NASA are running wild lately. A few days ago, an official from the space agency shut down claims that NASA discovered intelligent alien life, which were originally made in a viral, 12-minute YouTube video declaring ties to Anonymous. The video itself had no evidence to back its claims up, but instead took quotes out of context.