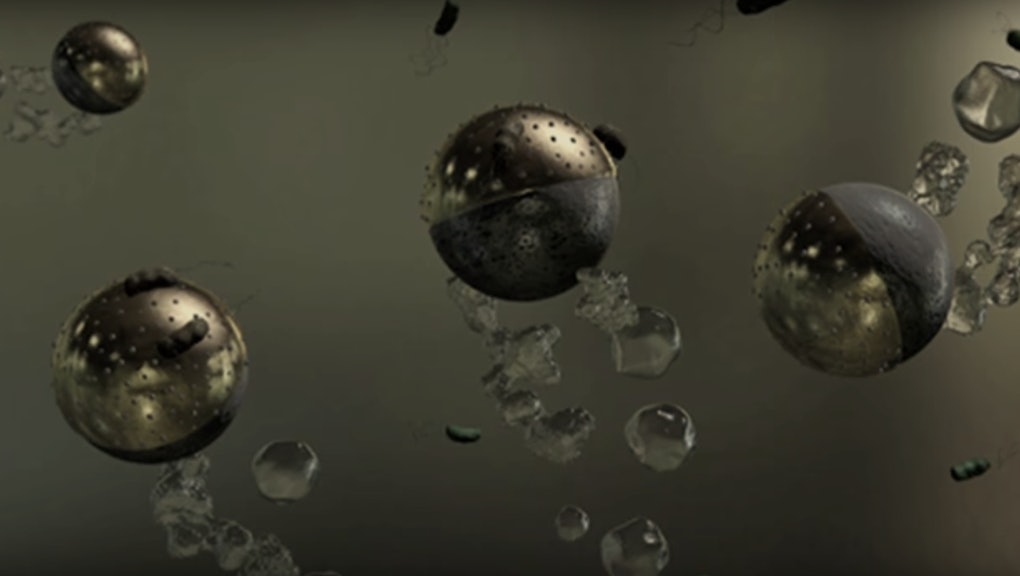 These tiny, swimming bots can patrol our drinking water for E. coli bacteria and kill it

Scientists invented tiny spherical robots that can swim around and kill bacteria. That’s especially important for eliminating harmful strains of E. coli bacteria, which cause an estimated 265,000 infections each year in the United States.

Someday, these robots could give humans around the world safer water to drink.

“One of the most persistent problems affecting people throughout the world is inadequate access to clean water,” the report published in ACS Applied Minerals and Interfaces said. “Therefore, there is an urgent need to develop more effective, innovative, low-cost, robust water-cleaning methods, which do not adversely affect the environment or damage human health.”

Here’s how it works

The robots are able to move around and destroy bacteria themselves. Magnesium in the bots react with water, creating hydrogen bubbles that literally propel the “small armies” of “microbots” through the water. The E. coli bacteria sticks to the microbots’ gold layers, then a layer of silver nanoparticles destroys that bacteria. In tests, these bots killed more than 80% of E. coli in water samples.

The invention is an alternative to chemically treating water. “Rather than staying behind in the water like conventional disinfectants, [the microbots] can be removed easily with a magnet,” a video describing the robots said.

It looks like we may live in a future where little robot friends patrol our drinking water for bacteria.