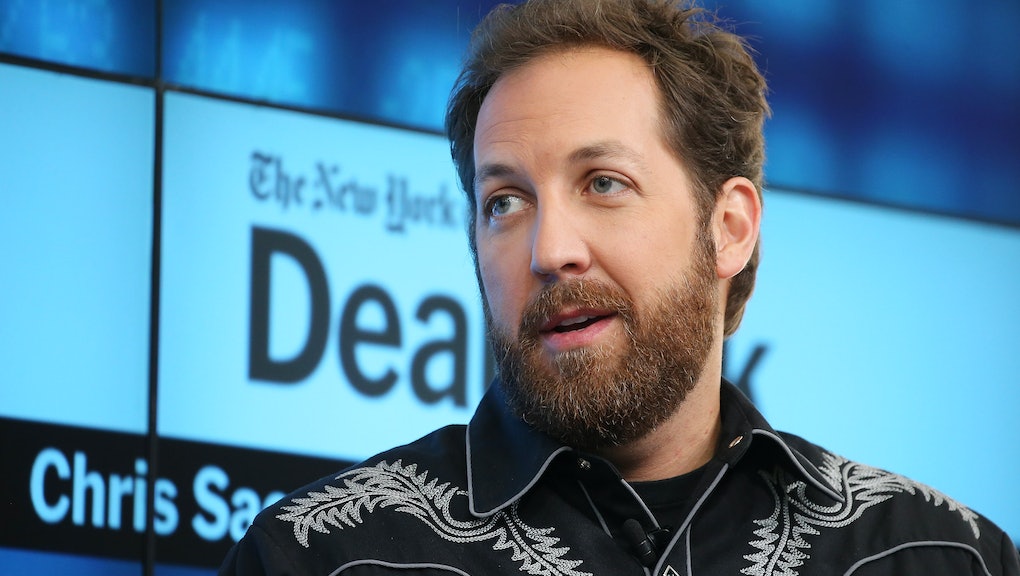 It’s no secret that the tech industry has a sexual harassment problem.

Take Uber as a prime example. In February, Susan J. Fowler, a former engineer with the company, published a lengthy blog post about the rampant sexual harassment she faced while working for the ride-sharing giant for just one year.

However, Uber’s issues didn’t stop there. In May, Mic reported on a former Uber employee who claimed he was fired from the company after standing up for a number of his female colleagues who said they were subjected to sexual harassment and discrimination. And in June, Mic obtained several leaked internal emails from female employees at the company expressing their views on the harassment.

“I’ve felt like I am part of a sexist toxic work environment,” one employee wrote. “No matter how hard I try to fit in or how hard I work, I am never going to be a male or white individual in tech, let alone feel like I belong.”

All this scandal belonged to just one company. Now, in an in-depth report, the New York Times is helping shed more light on the very deep hole that is sexism in Silicon Valley.

In the report, the New York Times spoke with more than two dozen women in the tech industry on what it’s like to be constantly harassed, belittled and propositioned for sex in exchange for venture funding.

“Female entrepreneurs are a critical part of the fabric of Silicon Valley,” Katrina Lake, founder and chief executive of online clothing start-up Stitch Fix, told the Times. “It’s important to expose the type of behavior that’s been reported in the last few weeks, so the community can recognize and address these problems.”

While the report delves into several high-level men in Silicon Valley it highlights the accusations against Chris Sacca of Lowercase Capital and Dave McClure of 500 Startups.

Susan Wu, an entrepreneur and investor, told the Times that in 2009, during a tech event in Las Vegas, Sacca “touched her face without her consent in a way that made her uncomfortable.”

“There is such a massive imbalance of power that women in the industry often end up in distressing situations,” Wu said. She additionally told the Times that she was propositioned by Justin Caldbeck of Binary Capital while fundraising in 2010.

The Times reached out to Sacca for comment, however, instead of taking part in the story, Sacca chose to write a lengthy post on Medium titled, “I have more work to do.”

“Over the last week, I have spoken with friends, friends of friends, heard from people from my past including stories of how I’d behaved, and read incredibly thoughtful and courageous essays. I’ve learned that it’s often the less obvious, yet pervasive and questionable, everyday behaviors of men in our industry that collectively make it inhospitable for women. Listening to these stories, and being reminded of my past, I now understand I personally contributed to the problem. I am sorry.”

Sacca additionally explained that in his early days in Silicon Valley he undoubtedly took part in making “women feel awkward, unwelcome, insecure, and/or discouraged.” He noted that it was in social settings “under the guise of joking” that this behavior often took place. He wrote the words “I am sorry” five times throughout the post.

In addition to Sacca’s post, 500 Startups also responded to the New York Times story and the accusations leveled against McClure by announcing changes both in leadership and attitude. “It starts with me, and the work 500 started on and will continue to do,” Christine Tsai, founding partner at 500 Startups, wrote. Tsai additionally explained that McClure’s role had been limited to fulfilling his obligations to our investors as a general partner months ago due to his behavior.

“I am far from perfect, and 500 is far from perfect. But 500 is much more than one person, and we will continue building on our momentum of change.” Tsai said. She then echoed Sacca’s post by ending hers with “We have a lot of work to do.”