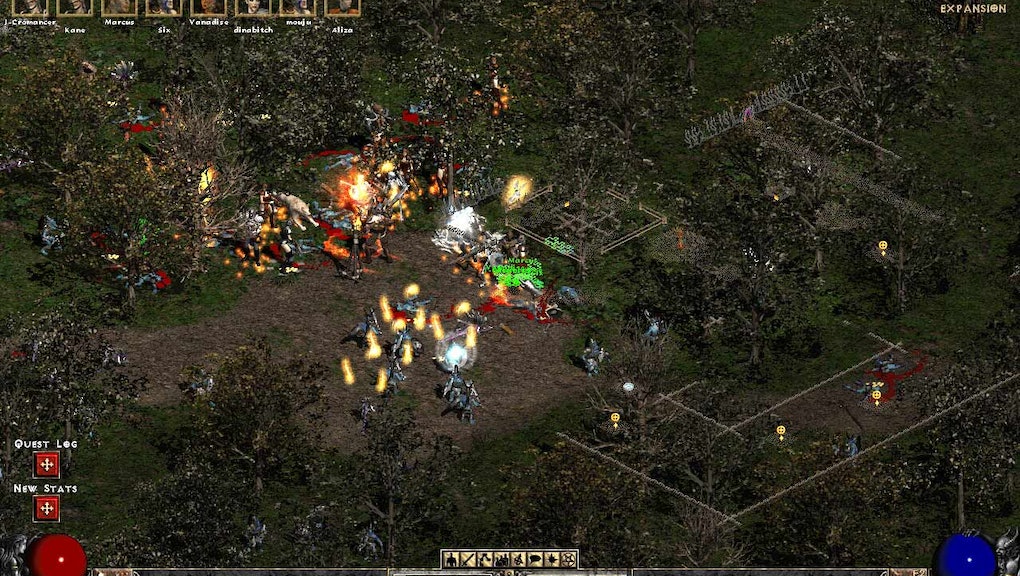 'Diablo 2' Path of Diablo Mod: Play with modern mechanics with this new alternative to Median XL

If you’re feeling a little nostalgic for the olden days of Diablo 2 after hanging out with the new Necromancer class, you’ve probably gone back to check it out briefly here and there. If that’s the case and you’ve been left feeling a little let down by some of the mechanics that haven’t aged as well as they should, there’s a solution.

You might be interested in trying out a special server mod that aims to combine things games like Path of Exile do right by way of modernity with the classic Diablo game and mechanics. If that sounds interesting to you, Path of Diablo is going to be right up your alley. It’s free, and chock-full of important improvements.

Path of Diablo Mod: Important augments made to a classic game

GreenDude’s server mod takes some of the more frustrating features of classic Diablo 2 and does away with them, offering an expanded inventory as well as Path of Exile’s loot filters so you can customize what loot appears and what doesn’t, letting you focus more on the adventure and not the drops and equipment you’re looking for to progress.

There are also several changes made to the existing classics in Diablo 2, like giving the Druid the ability to summon any type of minion. Similarly, dungeons have been reworked to offer players different endgame content for characters over level 90 to sit and collect loot and experience relative to their character’s level for an even more robust set of endgame work.

There’s a complete, impressive list of features that Path of Diablo introduces for both new and returning players, so if you’re looking to get back into Diablo 2 but don’t want to wait for any impending news of a remaster (which, let’s face it, wouldn’t introduce these kinds of changes anyway) this is an excellent option.

Check out the video above on how to get the mod going in just a few minutes, and you’ll be playing Path of Diablo in no time for a great holiday weekend.

Check out the latest from Mic, like this essay about the sinister, subtle evils lurking in rural America that Far Cry 5 shouldn’t ignore. Also, be sure to read our review of Tekken 7, an article about D.Va’s influence on one Overwatch player’s ideas about femininity and an analysis of gaming’s racist habit of darkening villains’ skin tones