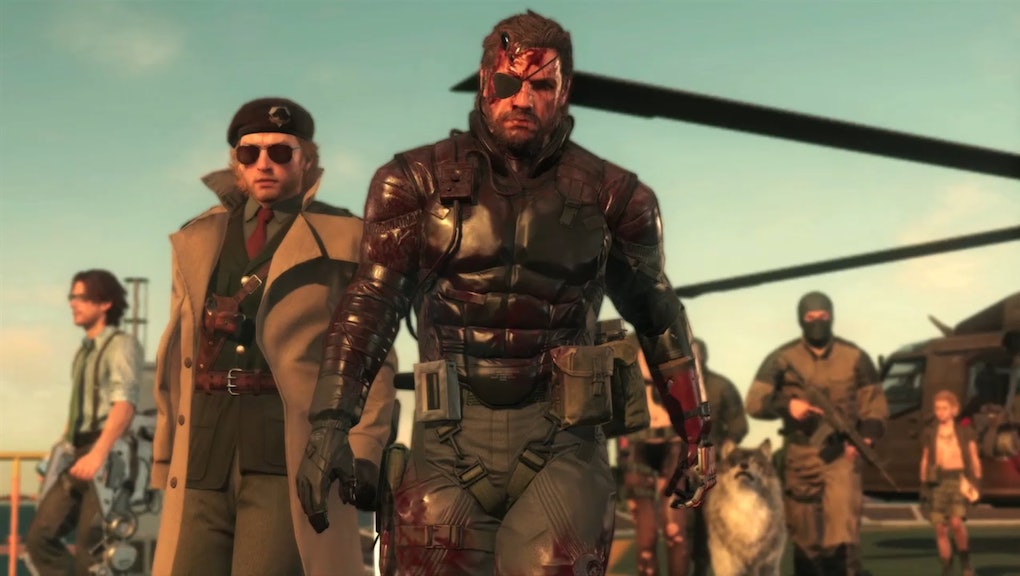 'Metal Gear Solid' Spinoffs: The games you may not have known about

E3 2017 came with several reports of Metal Gear Survive being surprisingly fun, and despite the naysayers who wanted the opposite, it looks like it’s going to end up joining the family of Metal Gear spinoffs that are a delight to play. There have been several of them over the years, each a unique part of Hideo Kojima’s excellent franchise.

If you somehow missed them, you might want to go back and dig up a copy or check out a playthrough on YouTube. Then make sure you check out Metal Gear Survive when it debuts.

This turn-based trading card-based RPG came to PSP and even got a follow-up sequel to continue on in 2006. The “Acid” in its title referred to “Active Command Intelligence Duel,” and it followed Solid Snake on a bizarre mission after he was lead to believe he was actually a researcher named Hans Davis, working on the latest Metal Gear model.

It’s an addictive mixture of deck building and typical Metal Gear components with plenty to offer fans of the main series and players with no prior knowledge of the Metal Gear franchise. If you’re interested in a different side of Metal Gear with some added game mechanics beyond that of stealth and firefights, you’ll want to check out Metal Gear Acid.

The closest portable game to an actual Metal Gear game, it offered the “Comrade System,” which encouraged players to recruit allies to form special teams, allowing four-man squads to tackle each mission with. You’d control one squad member at a time during the game. For anyone looking to continue the adventure the regular console games staged, Portable Ops was an excellent choice, at least until mainline portable entry Metal Gear Solid: Peace Walker came around.

Featuring various PMC soldiers, Gekkos, and even bosses from the Metal Gear Solid 4 storyline, it offered a slimmed-down and streamlined companion to the fourth main entry in the Metal Gear storyline. This meant plenty of mobile fans had a decent pocket-friendly game to flock to while waiting for the next main Metal Gear to come along. It has since been removed from the App Store.

Metal Gear Solid Mobile debuted on mobile phones and the Nokia N-Gage. It isn’t available to download anymore, but it was an interesting addition to the Metal Gear stable of games. Players controlled Solid Snake using the phone keypad in a story that took place between PlaySation’s Metal Gear Solid and Metal Gear Solid 2.

Solid Snake and Otacon form the unit Philanthropy and go after Ocelot, who has seen fit to leak information about Metal Gear REX to the black market. Of course, these event aren’t seen as canon, as confirmed by Kojima Production, but it’s still an interesting story especially given its medium.

This early Game Boy Color game served as what’s essentially an alternate sequel to the original Metal Gear, using the same overhead view as the original NES game. It spans 13 stages and goes back to the arcade-type days from the NES version as well, following a decidedly adult story that didn’t exactly reflect its “E” for “Everyone” rating, but that’s what you get when you play a Metal Gear game, after all.

Interestingly enough in this game, Solid Snake’s cigarettes were replaced by the “Fogger.” The game was a critical success and an excellent handheld entry for the Metal Gear series. You should seek out a copy of Metal Gear: Ghost Babel and give it a try.