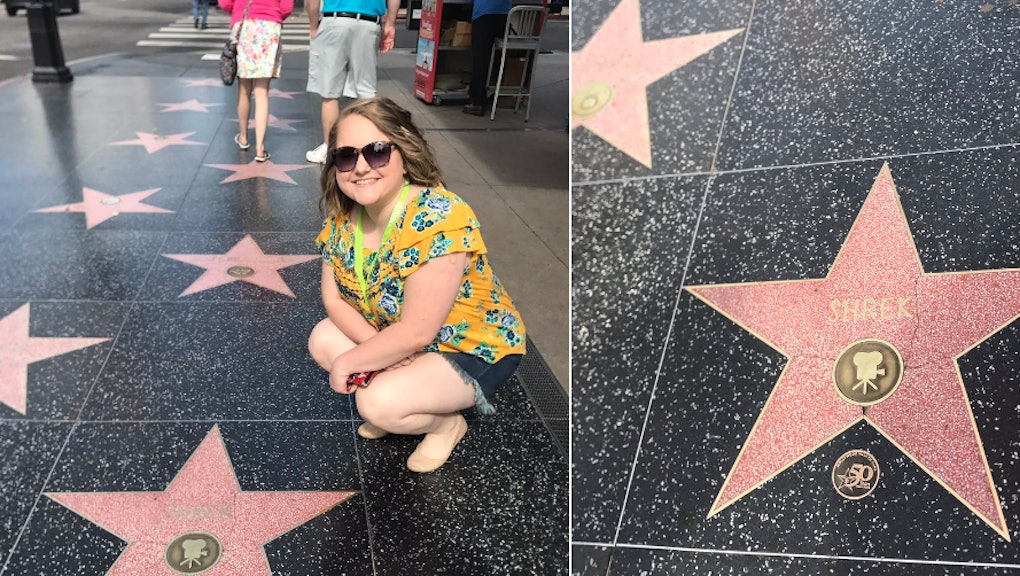 On Wednesday, Twitter user Makenna Greenwald stopped by the Hollywood Walk of Fame to spend a few minutes cleaning off President Donald Trump’s star, which has seen frequent vandalism since his presidency began.

Greenwald shared a tweet with imagery of her efforts to clean the small stretch of sidewalk located near the corner of Hollywood and Highland in Los Angeles and received more than 52,000 retweets and 209,000 likes in the process. In the post, she wrote, “Stopped to clean @realDonaldTrump Hollywood Star. Nothing but respect for MY President.”

Her tweet not only inspired thousands of likes, it also inspired dozens of people to take up the task of cleaning the stars they feel would make a better president than Donald Trump.

According to LAist, the trend originated with Twitter user jake__stubbs, who posted a photo of himself cleaning Meryl Streep’s Walk of Fame star.

The tongue-in-cheek move caught on and several social media users shared their own “nothing but respect for MY president” photos.

Like one woman who said Danny DeVito is her preferred political leadership:

And, though we respect this woman’s attempt with Ryan Reynolds, we have to call out the fact that he can’t technically be president, as he was born in Canada.

Or another who said President Shrek is more her speed for leader of the free world, who, like Reynolds, is unfortunately ineligible for presidency as he’s a resident of Duloc.

However, we can most certainly support Samuel L. Jackson’s presidency, as he’d defend us all from snakes on airplanes.

This Twitter user was even lucky enough to meet her president’s impersonator while cleaning off his star:

The user below brought a friend along to scrub President Jamie Foxx’s star:

And, of course, we can also get behind this woman’s decision to support Britney Spears’ presidency:

In fact, it appears many people consider Spears to be the true commander in chief:

Here’s hoping all of our presidents can come together this Independence Day for a happy, healthy and festive celebration.