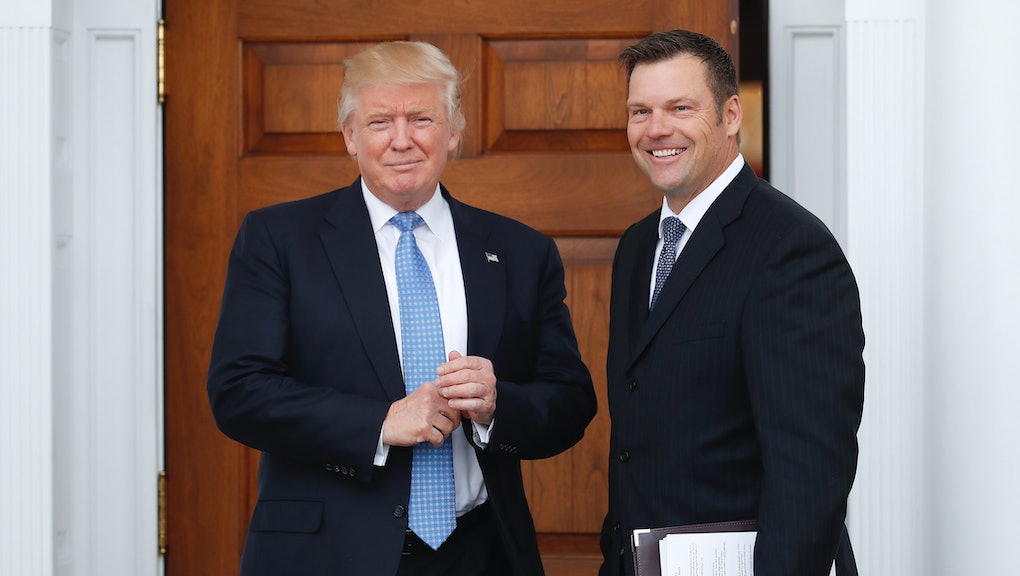 Officials in a majority of American states have rebuffed the White House’s unprecedented request to hand over information on voters to its commission on voter fraud, CNN reported.

Forty-four secretaries of state or voting boards have refused to turn over data on voters requested last Wednesday by Kansas Secretary of State Kris Kobach, vice-chair of the Presidential Advisory Commission on Election Integrity, according to CNN. Vice President Mike Pence serves as chair.

On Monday, a 45th state, Arkansas, refused the commission, according to the Hill.

Kobach sent letters to all 50 secretaries of state requesting voters’ names, birth dates, the last four digits of social security numbers, voting histories as far back as 2006, whether they had been convicted of felonies, whether they were registered to vote in any other states, as well as other information.

But, in a blow to the Trump administration, a slew of state officials, both Democrats and Republicans, refused to hand over any data beyond what is already publicly available — which varies from state to state, but usually includes at minimum names and addresses — citing privacy concerns.

New York, the president’s home state, was among those who refused.

“New York refuses to perpetuate the myth voter fraud played a role in our election. We will not be complying with this request and I encourage the Election Commission to work on issues of vital importance to voters, including ballot access, rather than focus on debunked theories of voter fraud,” New York Governor Andrew Cuomo said in a statement.

Indiana, the vice president’s home state, also turned the commission down: “Indiana law doesn’t permit the secretary of state to provide the personal information requested by Secretary Kobach,” Indiana Secretary of State Connie Lawson, herself a member of the commission, said in a statement.

Others were less diplomatic. In a statement, Mississippi Secretary of State Delbert Hosemann said he had not received a letter from Kobach but, if he had, “My reply would be: They can go jump in the Gulf of Mexico and Mississippi is a great state to launch from. Mississippi residents should celebrate Independence Day and our state’s right to protect the privacy of our citizens by conducting our own electoral processes.”

“I will not provide sensitive voter information to a commission that has already inaccurately passed judgment that millions of Californians voted illegally,” he said in a statement. “California’s participation would only serve to legitimize the false and already debunked claims of massive voter fraud made by the President, the Vice President and Mr. Kobach. The President’s Commission is a waste of taxpayer money and a distraction from the real threats to the integrity of our elections today: aging voting systems and documented Russian interference in our elections.”

Even Kobach’s own office in Topeka said it would not release some of the non-public information, such as social security numbers, the commission had requested.

In response, the president suggested over Twitter that states who refused to hand over private information had something to hide.

Trump has claimed that “millions” of undocumented immigrants voted illegally, which he says accounts for Hillary Clinton’s popular vote victory.

Despite Trump’s insistence to the contrary, there’s no evidence of widespread voter fraud. But critics argue the commission could be used to create a justification to roll back laws that make it easier to register to vote.

Among the legislation most likely to end up on the chopping block, critics say, is the National Voter Registration Act, better known as the “Motor Voter Act,” which required states to let citizens register to vote when applying for a driver’s license. The commission could also recommend “Show Me Your Papers” laws like those put in place in Kansas that require citizens to present birth certificates or passports to register to vote.

Since the Supreme Court struck down part of the Voting Rights Act in 2013, a number of states have adopted such laws, which may have driven down participation in the 2016 presidential election among key Democratic constituencies. The commission will meet for the first time on July 19.