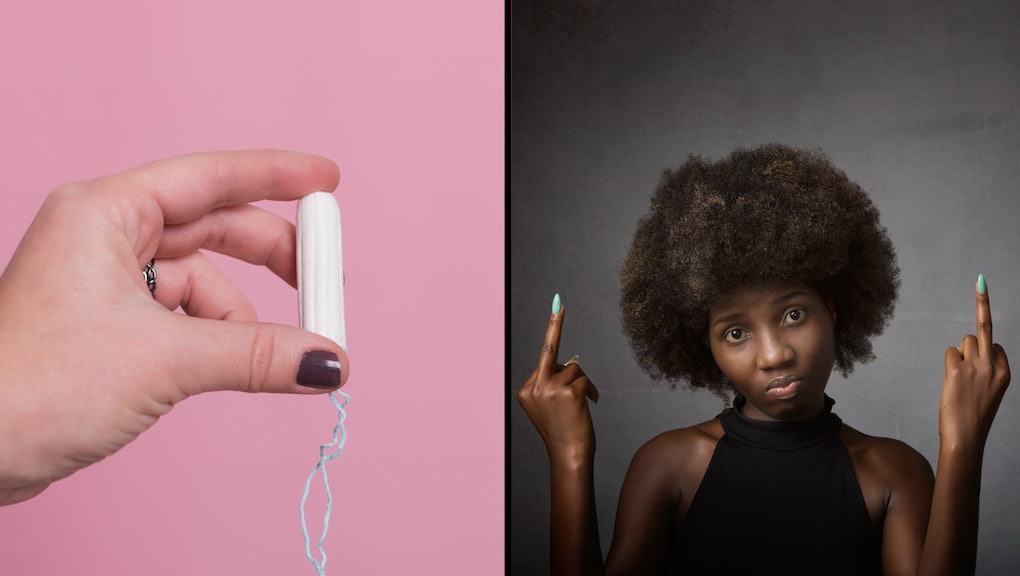 No, “period brain” is not a thing — and it’s time to put that sexist myth to rest.

It should be no surprise that humans believe some outrageous lies about periods. No, menstruating women don’t lose their sex drive. No, they’re not somehow “impure” and need to be isolated from the rest of society.

Some people even believe the idea that menstruation hinders female thinking. Now, a recent study is calling bullshit on that.

Brigitte Leeners, a doctor at Switzerland’s University Hospital of Zurich and a professor of reproductive endocrinology, told Mic her patients often think their periods affect their ability to think clearly.

“This is quite an old myth,” Leeners said in a phone interview. “There are several older studies with small samples and [that investigated] only one cycle. [It] sort of emphasized that hypothesis.”

Leeners and her team studied the cognition of 68 women across two menstrual cycles by giving them a computerized test. Using a tablet, study participants completed 32 tasks that show how quickly and accurately their brains process shape, color, number, size and contour. Scientists also monitored hormones that commonly fluctuate during menstrual cycles to make sure that bodies were functioning as expected.

“We can draw the conclusion from our results that this is a myth — that women can function absolutely well, despite having a menstrual cycle,” Leeners said.

“We can draw the conclusion from our results that this is a myth. Women can function absolutely well, despite having a menstrual cycle.”

Periods are already plagued with a false reputation for being “gross” or a shark-attracting liability for people at the beach. So, whether you call it sexism or a deep misunderstanding, the idea that people aren’t as sharp when they’re menstruating simply doesn’t check out.

There could be some exceptions where periods affect cognition, but those would need to be uncovered with future research.

“In medicine, it’s not like mathematics. There are always exceptions,” Leeners said. “There are always men or women who are more sensitive to something. It’s not such a strict rule in nature as it is in physics.”