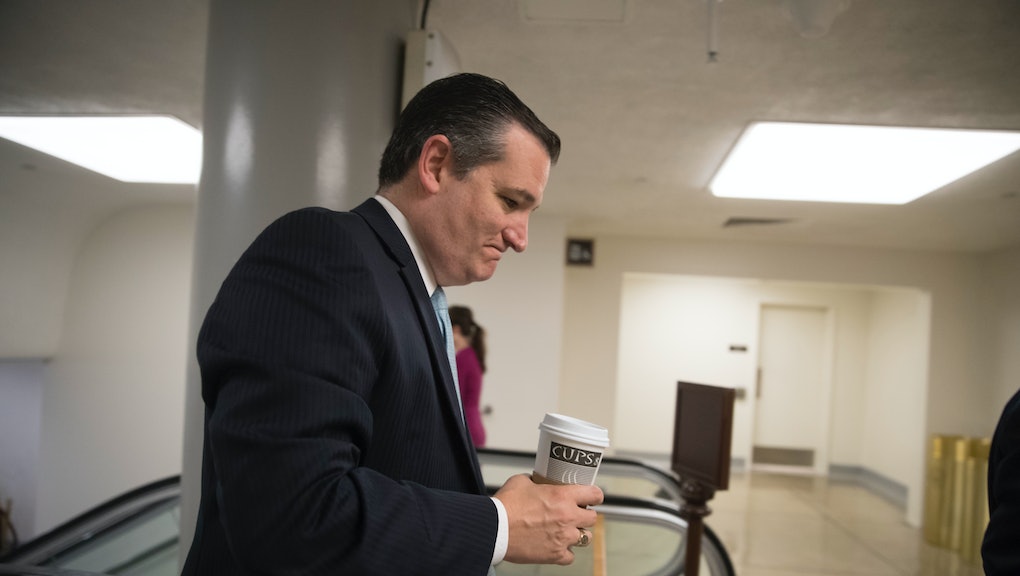 The front line of the U.S. health care battle is currently in the Senate, where Republicans are mulling over a proposed amendment to the Better Care Reconciliation Act of 2017.

The amendment, authored by Sen. Ted Cruz (R-Texas), is meant to appeal to right-wing senators who have said the bill contains too many regulations on the insurance industry.

If the Cruz amendment can convince other conservatives, it could be good news for Republicans in Congress, who have angled to undo the Affordable Care Act for the better part of a decade.

But it might be bad news for those in need of health insurance — depending on your age and how healthy you are.

Higher premiums for the elderly, sick

Cruz’s amendment would give insurance companies the option to sell plans that don’t conform to ACA rules — such as those requiring coverage for pre-existing conditions and essential health benefits like hospital visits, prescription drugs and maternity care — so long as they also offer plans that do cover those things.

The amendment has placated conservatives, who argue that healthy people should be free to purchase less-expensive insurance, or no insurance at all, if they think they won’t need it.

But experts said the amendment would essentially split the insurance market in two, with young, healthy people paying less and people who are old or sick paying much more.

That’s because healthy people would gravitate toward cheaper plans that cover less, and older, sicker people would buy beefier, more expensive plans. As the young and healthy ditched their ACA plans, only those who are expensive to insure — the elderly and the sick — would remain, driving up their premiums.

“If this were adopted, premiums would skyrocket for people who need comprehensive coverage,” Timothy Jost, a law professor at Washington and Lee University, told the Wall Street Journal.

Most health care policy experts were in agreement that the Cruz amendment would be great news for the healthy but bad news for the sick.

“If there were a Joy of Cooking for insurance, this would be the perfect recipe for destabilizing the market and turning the marketplaces into high-risk pools,” Larry Levitt, senior vice president at the Kaiser Family Foundation, told CNN.

Thirty-five states, including Texas, Cruz’s home state, had high-risk pools in place before Obamacare passed in 2010, but they were often underfunded, driving up premiums. Some were even forced to create waiting lists to purchase coverage.

Cruz and other Republicans said their high-risk pools would work better than those of the past, but experts were skeptical.

“You would end up back in the scary dysfunctional world we were in before the ACA where healthy people could get coverage although that coverage might not protect them if they got sick and sick people would have to pay an unaffordable amount for coverage,” Jason Levitis, a senior fellow at the Solomon Center for Health Law and Policy at Yale Law School, told the Hill.

What’s next for the bill

Republicans have submitted two versions of the bill to the non-partisan Congressional Budget Office for scoring: one with the Cruz amendment and one without, and reports suggest a vote could come as early as next week.

If, as experts predict, the CBO predicts both versions of the bill would lead to millions losing their insurance, it might be back to the drawing board once again for Republicans. But expert voices might not hold any sway over congressional Republicans; after all, a poor score from the CBO didn’t stop House Republicans from passing their health care bill, and it might not stop Senate Republicans, either.