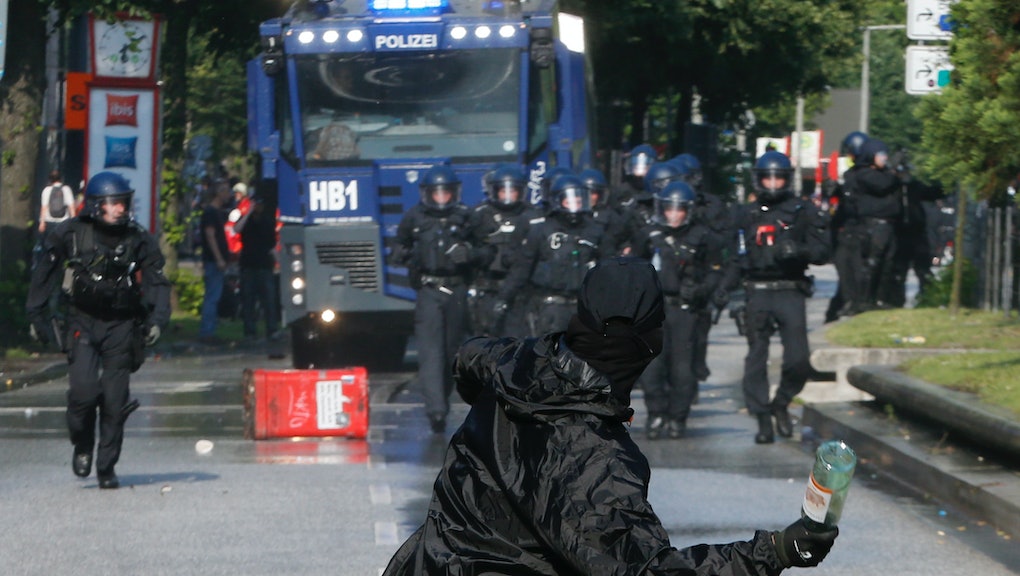 G20 protest: 11 images of Hamburg, Germany in the midst of unrest

On Friday, police clad in riot gear blasted protesters at the G20 summit in Hamburg, Germany with water cannons and tear gas, the Guardian reported.

According to CNN, local authorities said 196 officers have been injured in clashes with protestors since Thursday. Police noted on Twitter that at least 83 people have been arrested since the protests began.

Andreas Beuth, a lawyer and protest organizer, said in a press conference that the “escalation was clearly started by the police.”

Members of a group calling themselves the “Color the Red Zone” told CNN their main objective was to make it difficult for G20 participants to move about the area. The group’s name reportedly refers to a barricaded area close to the summit venue.

“We are living in a democracy, and the red zone is not a democracy,” Karl S., a protester from Dusseldorf who did not provide his last name, told CNN. “I’m sure we can’t stop all these leaders from meeting, but if we can stop them from getting their food or catering shortly, we’ve achieved something.”