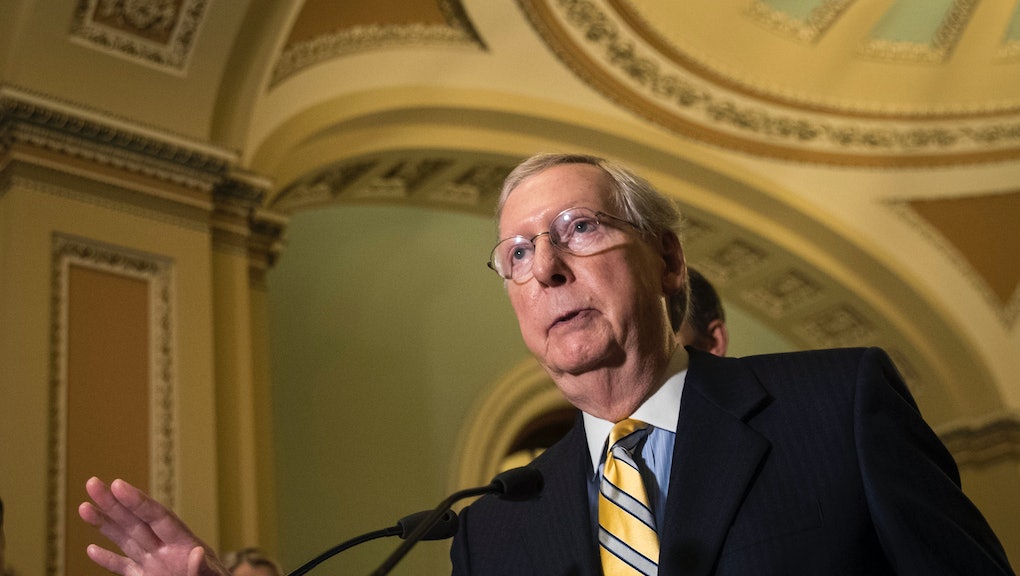 Pressure on GOP to reject Obamacare repeal grows, with bill’s future in doubt

Pressure on several of the senators who have evinced skepticism of the Republican plan to repeal the Affordable Care Act continues to mount, with the AARP purchasing radio slots urging Sens. Cory Gardner, Dean Heller, Rob Portman, Shelley Moore Capito and Lisa Murkowski to say no to the bill, the Hill reported.

The AARP has long opposed the various Republican bills to repeal much of the ACA and replace it with a system of tax credits. The Congressional Budget Office has estimated the House and Senate versions of the legislation would kick at least 22 million to 23 million predominantly poorer and older people off of insurance within a decade. The bills’ deep slashes to Medicaid spending in particular have spooked moderate Republicans in both chambers, even as Senate Majority Leader Mitch McConnell has been trying to speed the Senate toward a final vote.

As the New York Times noted, McConnell is aware his best window of opportunity to pass the legislation — before Congress’ July 4 week recess — has passed, and now opposition has grown significantly. At a recent event in Kentucky, McConnell seemed to be losing patience with the legislation’s tortuous passage.

“The American people said, ’We elected a Republican president, a Republican House and a Republican Senate, and we want to see some results,’” he said, the Times reported. “The Senate must act now to repeal Obamacare to keep trust with the American people. To fail to do so will have far-reaching consequences for our health care system, our economy, and at the ballot box in 2018.”

With the bill’s future still not looking so hot, there are signs McConnell may be changing tactics. At the Kentucky event, CNN reported, McConnell signaled that if he cannot obtain the 50 votes necessary to pass the bill under reconciliation rules, he is open to exploring other options like bipartisan fixes to the ACA. But the party’s conservative wing has continued to press for a more hardline approach if the bill fails, such as simply repealing the ACA and waiting to come up with a replacement later.