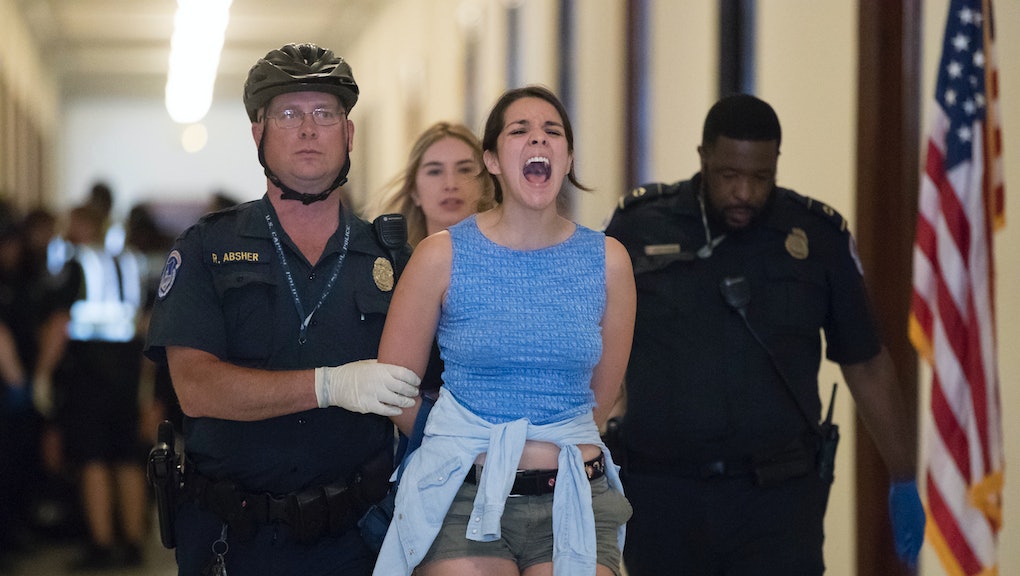 Around 2 p.m. Eastern, Capitol Police responded to protests at more than a dozen locations in the House and Senate office buildings, they said in a statement.

Protest leaders expected more arrests as the afternoon wore on.

Jennifer Flynn — an organizer for the Center for Popular Democracy, a liberal group that helped organize one of the protests — said more than 100 people had signed up to sit in legislators’ offices until they were removed by police.

Many of those who joined the protests had pre-existing conditions, which might no longer be covered if Republicans in Congress are able to repeal the ACA.