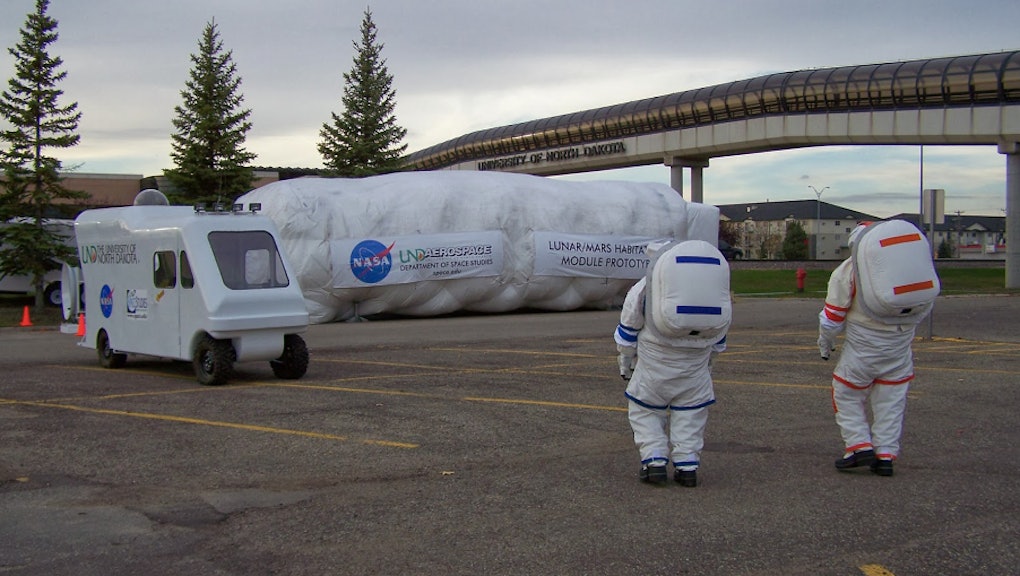 Astronauts on the International Space Station are living in an environment that most of us aren’t used to. They work and sleep in tight spaces, and can’t even open a window for fresh air or take a walk outside.

Now, NASA scientists are studying fungal species that may be accompanying astronauts on the ISS in the hopes that their research will help human space-dwellers stay healthy.

“Fungi are extremophiles that can survive harsh conditions and environments like deserts, caves or nuclear accident sites, and they are known to be difficult to eradicate from other environments including indoor and closed spaces,” Kasthuri Venkateswaran, a NASA senior research scientist, said in a release. “Fungi are not only potentially hazardous to the inhabitants but could also deteriorate the habitats themselves.”

For 30 days, three students lived inside of a giant, white, puffy tube called the Inflatable Lunar/Mars Analog Habitat, which is designed to simulate the ISS’ environment. NASA scientists were interested in understanding how the students’ presence would change the mycobiome and the types of fungal species living on surfaces inside the ILMAH.

Turns out, it’s true that there could be some potential hazards aboard the ISS. After students collected samples from their environment, scientists found one potentially harmful fungus called Cladosporium cladosporioides. This fungus can cause “asthmatic reactions,” particularly in people with compromised immune systems.

Astronauts already have to navigate harmful doses of radiation in orbit. Now that we know about the added threat of some fungi, scientists will have to get creative about solutions for the future. In the meantime, it probably won’t stop space explorers, who already show an incredible amount of commitment to science when they enlist themselves to live on a space station where even using the bathroom is still difficult.