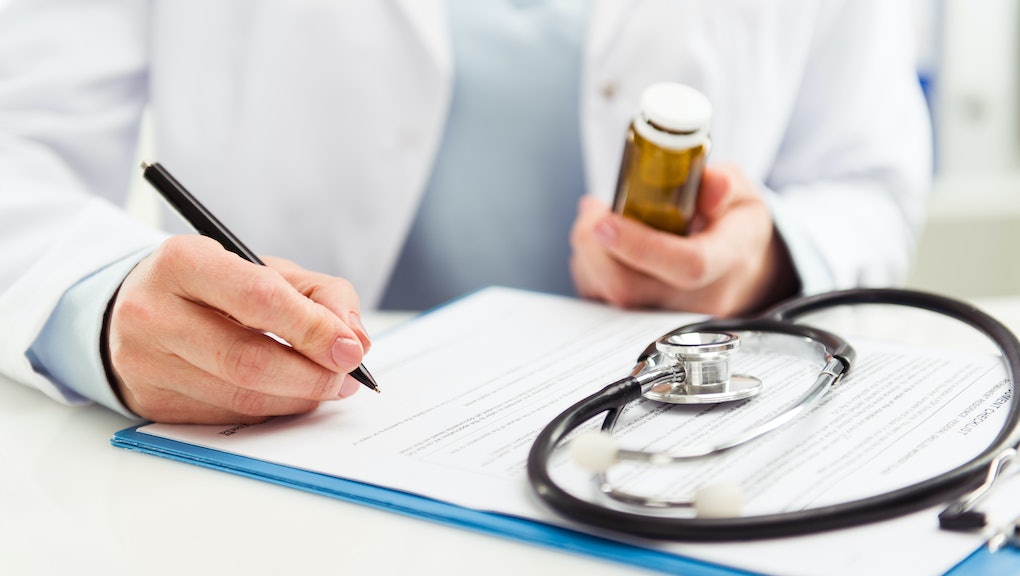 Senate health care bill: How your premium, deductible and out-of-pocket costs change under the BCRA

Senate Republicans rolled out a new version of their health care bill — the Better Care Reconciliation Act — midday Thursday in an attempt to round up the votes they will need to overcome united opposition from Democrats. In general, the bill keeps most of the previous BCRA’s major reforms in place.

The main difference in the new bill is the inclusion of an insurer waiver — dubbed the Cruz amendment, for Texas Sen. Ted Cruz — that experts worry could increase premiums. The bill would also change Medicaid, with less-generous block grants to states, and make tax credits to low-income Americans less generous, which could lead many to avoid buying insurance. That’s a concern, as the Congressional Budget Office already estimated the BCRA would increase the number of uninsured by 22 million by the year 2026.

“One would expect that the CBO would still show a pretty big increase in the number of people without coverage” under the new bill, said Sara Collins, a health care economist and vice president at the Commonwealth Fund think tank. “Many more people would be uninsured or underinsured.”

Because it does little to reduce the uninsured rate, it’s unclear whether the BCRA will be able to get enough votes to clear the Senate. Kentucky Sen. Rand Paul already came out Thursday against the bill, according to the New York Times, which will be introduced for debate next week. Maine Sen. Susan Collins also said on Twitter that she will vote no on a motion to proceed on a vote for the bill; so only one more Republican defection is needed to stop the bill from coming up for a vote.

So what does the bill do, exactly? The newer BCRA version will leave in place some of the tax hikes enacted under the Affordable Care Act, including a 3.8% tax on investment income for individuals earning more than $200,000 a year and families earning more than $250,000 a year, Reuters reported. That revenue would be used to fight the opioid crisis, and free up an extra $70 billion to help stabilize the marketplace.

But experts consulted by Mic say the changes proposed could end up actually destabilizing the marketplace, and that the bill fails to address one of the major criticisms of the original bill: that it shifts costs toward older, sicker Americans — who could be put into high-risk pools because of the Cruz amendment.

“The introduction of the Cruz amendment is a fairly big change,” said Matthew Fiedler, an economist with the Brookings Institution’s Center for Health Policy. “It’s going to have big effects on who pays what.”

What else could the newest BCRA bill, if passed, do to your health care costs? Here’s what we know.

1. The BCRA bill may raise premiums even more

One of the biggest changes the new bill makes is basically allowing insurers to sell two kinds of plans: As long as an insurer sells plans that are compliant with the Affordable Care Act — meaning that they cover certain “essential” health benefits like preventative screening, maternity care and vaccines — then insurers are also allowed to sell non-compliant health care plans.

But major health insurers warn in a position paper that this amendment would destabilize the marketplace by essentially bifurcating it — since only people with pre-existing conditions would buy pricier ACA-compliant insurance.

“By bifurcating risk pools and creating separate parallel market — where healthy individuals can select underwritten plans at a preferred rate — this proposal would cause lower enrollment in Exchange markets of the younger and healthier individuals necessary for a stable insurance market,” America’s Health Insurance Plans, a trade group, wrote. “As a result, the Exchange markets would basically function like a high-risk pool — with unaffordable premiums for those with pre-existing conditions ... only those with the highest health needs and expenses would remain thereby accelerating the decline in the Exchange market.”

This, in turn, could also make premiums rise for everyone else, Fiedler said, or reduce the number of options offered by insurers.

“That’s going to be very difficult for insurers to predict,” he said. “You’d probably see some insurers say ‘I can’t price for this,’ and they’ll say, ‘I’m going to get out of this for a while until the market goes down,’ or they’ll say ‘I’m going to charge very high premiums.’”

“This would just exacerbate the direction of the original Senate bill in enrolling people and encouraging people to buy plans that simply don’t give them much access to health care,” Collins said. “This auction to buy lower premium plans could lead people to buy cheaper plans with higher out-of-pocket costs ... It’s really hard to believe that lower-income people would view these plans as being worth their costs.”

Other critics of the bill made similar points. Topher Spiro of the Center for American Progress noted on Twitter that with tax credits unchanged, older middle-income Americans would see their cap on medical insurance costs rise from 9.5% to 16% of their income. Theoretically, with the prohibition on lifetime coverage caps waived, seniors could be responsible for assuming all of their medical costs.

Finally, the newest BCRA’s steep cuts to Medicaid — which pays for health insurance for poor Americans, the elderly, and children — may be the toughest sell for Republican moderates.

Maine Sen. Collins said as much in her tweet after the draft of the Senate bill was released: She said she was “Ready to work w/ GOP & Dem colleagues to fix flaws in ACA.”

One key area of compromise in the new bill appears to be that this version will keep some of the ACA’s tax hikes in place, which could free up revenue to help stabilize insurance markets and fight the opioid epidemic. The newer version would also try to offset some of the premium hikes, by allowing people to pay premiums using funds set aside in a health savings account or HSA, a tax-advantaged account that people can use to cover medical expenses.

That might help make premiums more affordable for some Americans, Fiedler said, but primarily high-income ones: “For some higher-income people, being able to use an HSA to pay premiums will reduce the effects of cost,” he said. “It will help at the margin, but it will not solve the problem” for middle- and lower- income Americans.

Congressional Democrats proposed a reform bill of their own on Wednesday. That bill would, among other things, expand subsidies; create a new fund to help market and promote the plans among younger consumers and create a new reinsurance fund to help bring stability to the marketplace, as the Hill reported.