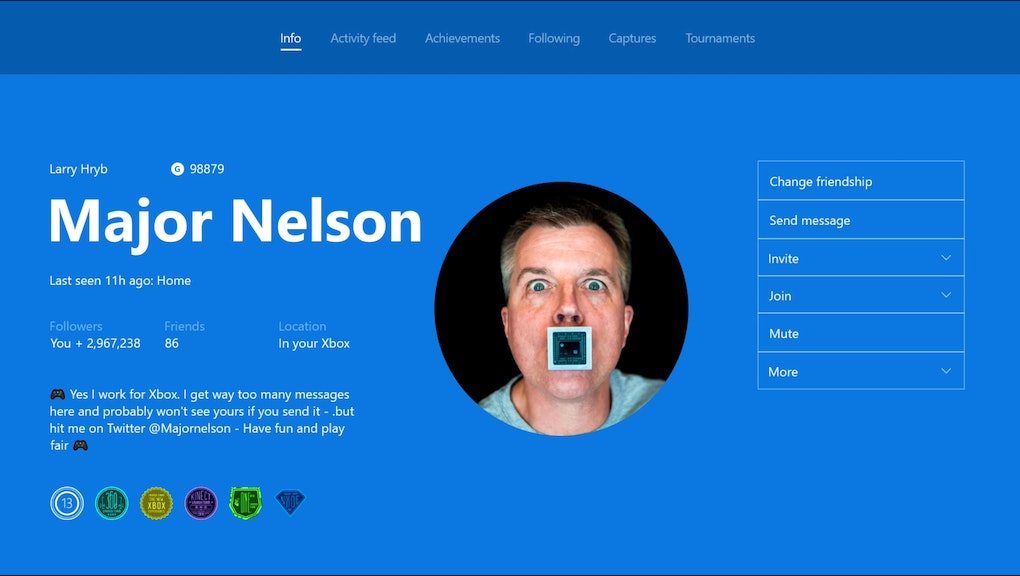 Xbox Live has been privy to several important facelifts over its lifespan, and it’s just gotten an important addition to its arsenal of customization tools. If you’re one to mess about with your profile images, edit your avatar down to the last detail, and spend a lot of time changing and updating your personal info, then you’ll be on board with the latest update from Xbox Live, which adds an important feature so many people have been waiting for: custom gamerpics. There’s also a whole new swath of additional upgrades coming your way the next time you turn on your Xbox One.

Xbox One Update: What’s in the latest update

The latest Xbox One update’s addition of custom gamerpics will let you upload any image you want to use as your gamerpic, as long as it abides by the Xbox One rules. You can’t have anything too explicit, of course, so make sure you choose a tame picture to upload and express yourself. You can also upload images for your Club profile and background pictures so you can further customize those to your liking. If you thought things were a little too bland before, now you can change them up.

Additionally, if you’re into streaming your games via Microsoft’s Mixer platform, you can check out co-streaming, which lets you and up to three friends stream together on one broadcast.

Clearly the update is pushing you to get social, as it also includes changes to the game’s “looking for group” features as well, which is a big indicator that Microsoft is wanting you to buddy up with everyone and consider your Xbox One as your online gaming destination. That’s going to be a lot easier to do with this suite of features in the new update, so if you’re looking to get closer to your Xbox One gaming collection, this might be a good reason to jump back in again.