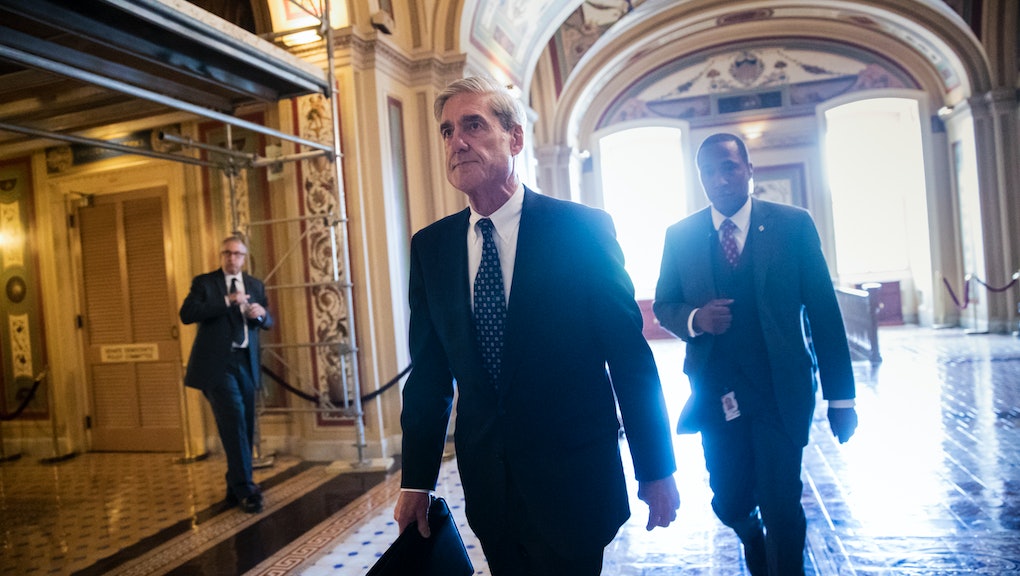 Though it was already rumored Mueller was investigating Trump Jr., Scott Balber — a lawyer for the Agalarovs — confirmed to the Post he had been contacted by a representative of Mueller over the weekend to confirm Kaveladze’s identity, the first solid proof that Mueller is looking into the meeting.

Some legal experts argued that Trump Jr.’s solicitation of dirt on Hillary Clinton from a foreign national could have broken election laws. Meanwhile, some Trump opponents, including Sen. Tim Kaine (D-Va.), accused Trump Jr. of “perjury, false statements and even potentially treason.”

Following these revelations, Trump came to his son’s defense, calling him a “high-quality person” and arguing that “Most politicians would have gone to a meeting like the one [Trump Jr.] attended in order to get info on an opponent.”