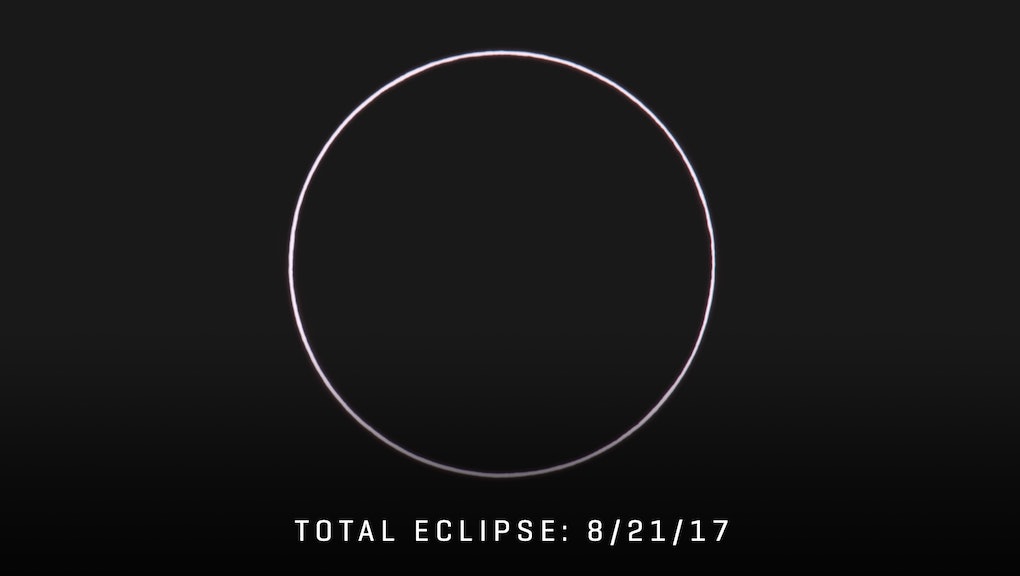 Solar Eclipse 2017 Map: How to use NASA’s interactive map

Americans will be able to bear witness to a total solar eclipse on Aug. 21. To put that in perspective, it’s the first time anyone has been able to see the natural phenomenon from North America in nearly 40 years, according to NASA.

A total solar eclipse is when the moon fully aligns with the sun, covering it with the exception of the solar corona, the sun’s atmosphere and a plasmatic aura. Humans can only see the solar corona at this rare opportunity, but there’s a catch: NASA says you have to be within the “path of totality” and in a place that’s experiencing decent weather.

Where you need to be

Seeing the total eclipse requires either great geographical luck or a nice road trip. According to an interactive NASA map, viewers must be between the blue lines. The yellow lines intersecting with the path of totality shows the time and location of the eclipse in 10-minute intervals. The longest amount of time anyone can see the eclipse — called the “greatest duration” — is about two minutes and 41.7 seconds, and those vantage points are noted in green.

With that said, don’t get too caught up on making it to a green point on the map.

“You can be hundreds of miles from the theoretical point of Greatest Duration and still enjoy totality lasting within a fraction of a second of the maximum possible (as long as you stay within several miles of the central line),” NASA wrote. “It’s much more important to watch the weather forecasts a day or two before the eclipse and choose a location with the best chance of a cloud-free sky during the eclipse. Even in Oregon, the total eclipse still lasts two minutes.”

With a map this specific, there’s no way we can avoid making an occasion of the total solar eclipse. So, be sure to plan ahead: Pick your spot, set up camp and enjoy the view.

Brush up on safety first

Like we said, these things take preparation, especially if you want to keep your eyesight totally intact. It’s dangerous to look directly at a solar eclipse (or the sun at all, for that matter). The only exception is during the very brief total phase — which, again, is less than three minutes at its longest.

Sunglasses and homemade filters will not do the trick. NASA said there are only four certified manufacturers for safe eclipse glasses: Rainbow Symphony, American Paper Optics, Thousand Oaks Optical and TSE 17. This is not a detail to skimp out on — be sure to get the real deal.

If you’re lucky enough to be within the path of totality, you can only remove your solar filter when the moon totally covers the sun. As a handy indicator, the world will get surprisingly dark. The moment the sun’s brightness begins to unveil itself, put the certified solar viewers back on.

In general, NASA also recommended you take breaks while looking at the sun — even with the solar filters on.

Following the full list of safety guidelines is incredibly important, but “don’t let the requisite warnings scare you away from witnessing this singular spectacle,” Nasa wrote. “You can experience the eclipse safely, but it is vital that you protect your eyes at all times with the proper solar filters.”

What you need to know about this summer’s total solar eclipse — the first to hit North America in nearly a century. Find out how to use NASA’s interactive map and the best places to go to see the rare event. You can also learn the words to use when you talk about it.