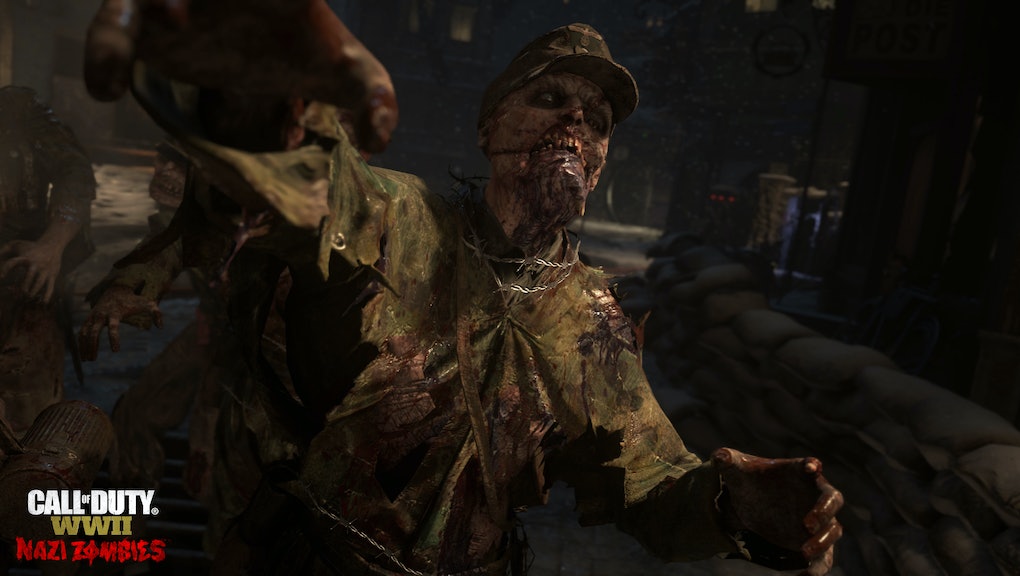 Call of Duty: WWII is coming soon, and with it a brand-new Zombies mode is staggering toward us. Activision and Sledgehammer Games have just dropped the latest Call of Duty: WWII Nazi Zombies trailer, which shows off a terrifying new vision of the classic Zombies mode players have become accustomed to. It looks decidedly scarier and gorier than previous installments, and if you’ve enjoyed the past Nazi Zombie outings, there’s no doubt you’re going to be hyped for this one, too.

Call of Duty: WW2 nazi zombies: What we learn from the first trailer and bits of info

The new Zombies mode takes place in the middle of a Bavarian village in Mittelburg, Germany, as a group works to recover artwork stolen by the Axis powers in World War II. But it’s not all artwork and recovery, as there’s something much more sinister lurking in the shadows there. One thing leads to another, and eventually the town is totally overrun by an army of undead Nazi soldiers.

The trailer shows off grittier, more realistic visuals than before, with hungry zombies and blood-soaked catacombs. And this time, the zombies have more of a Frankenstein’s Army vibe than ever before. Several different types of zombies look to be on offer, and you can bet your bottom dollar there will also be some freaky experimental zombies hanging around. At a glance, it looks really cool — and I can’t wait to jump into it.

There’s a private beta that’ll be held beginning Aug. 25 on PlayStation 4, so if you’re interested in playing the beta you might want to go ahead and preorder to lock in your spot. I have a feeling people are going to be buzzing about this one.