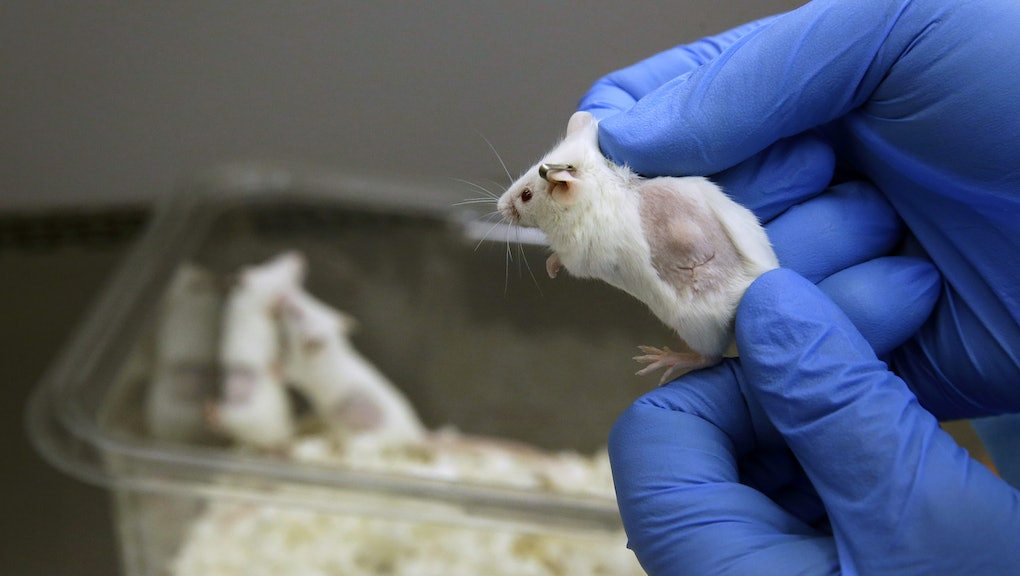 In the future, scientists could be capable of editing our brains to help us live longer.

Researchers managed to successfully manipulate the lifespan of mice by adjusting their brain’s supply of hypothalamic neural stem cells, which they thought might regulate aging. These neural stem cells create replacements for dead or damaged cells, but for mice, they begin vanishing around 10 months after birth — which is a typical mouse’s middle age, believe it or not. By the time mice turn the elderly age of 2, the stem cells are often nowhere to be found.

“By replenishing these stem cells or the molecules they produce, it’s possible to slow and even reverse various aspects of aging throughout the body,” Dongsheng Cai, a molecular pharmacologist at the Albert Einstein College of Medicine, said in a release.

Mice who received a replenished supply of hypothalamic neural stem cells lived up to 15% longer, according to the new study, while those that underwent a 70% reduction in these neural stem cells tended to live a few months less than the standard. Their bodies underwent significant changes, like decreased muscle mass, endurance and skin thickness — and their minds also struggled more with memory, learning and coordination.

Though it would be downright amazing if scientists could extend human lifespans this way, there’s no hard evidence right now proving that people age the same way as mice. With that said, they’re hoping to implant the neural stem cells in humans and see what happens.

“Of course, humans are more complex,” Cai told the Guardian. “However, if the mechanism is fundamental, you might expect to see effects when an intervention is based on it.”