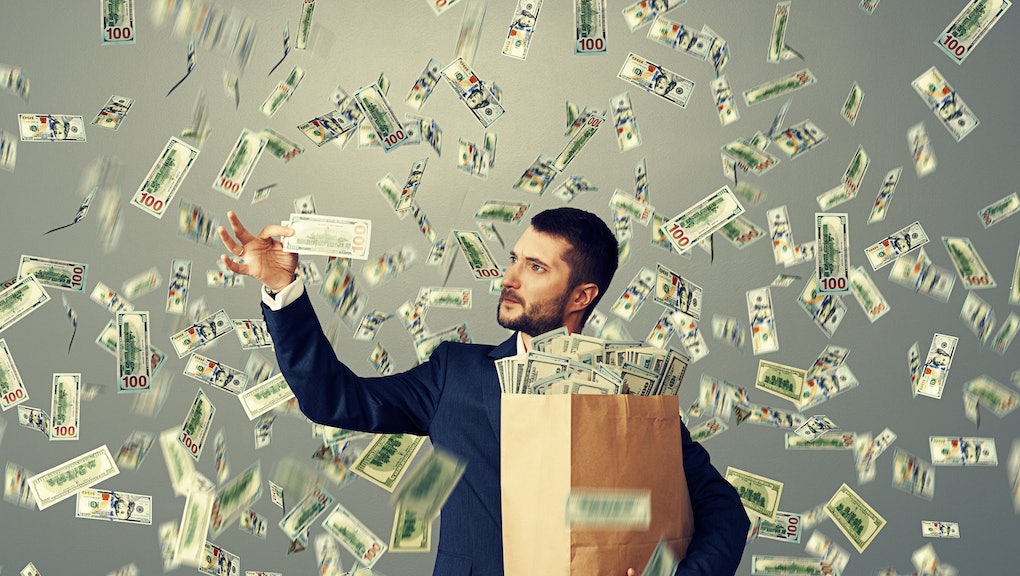 No, saving $10,000 doesn’t necessarily mean living a life of Cheerios and water for dinner — your only entertainment the rat fights in your alley. Creative choices and seizing opportunities can put saving five figures within your reach.

But how hard is it to save $10,000? You need to think big: “Finding a few hundred dollars per year is relatively easy,” Ross Anderson, senior financial planner for the Motley Fool said in an email. You might, he suggested, look “at your spending on coffees, subscription services you might be using all of the time or just one less drink at the bar when you’re out.”

Yet, “to really move the needle and find $10,000 per year, you need to look at the big items like your transportation costs or housing costs,” he said. “Renting a room in your home, or switching to a more modest car could add five figures annually to your savings and supercharge your ability to save or pay off debt.”

True, the notion of making big cuts never sounds good, even though you know its ultimately going to be good for you. But much like you can learn to eat your vegetables, you can actually learn to make saving painless and have a little fun along the way. Whether supplementing your current income with a little side hustle or squirreling away cash through budgeting and saving, you can build up to $10,000 in several ways.

First, you need to face what you spend. Seeing the total of your discretionary spending just might be what you need to rein in those numbers. Just as dieters track food intake and adjust daily eating patterns to lose weight, you can make small changes to your daily spending that have a big impact.

For quick calculations, use a handy app like Mint, Level Money or Money Strands to keep your budget in check. Other ways to track spending is to only pay with cash: “Research shows that people who do not use debit or credit cards are less likely to throw that extra item into the shopping cart and typically spend 15% to 20% less than when using a credit or debit card,” as Kevin Gallegos of Freedom Financial Network told GOBankingRates.

Once you know what you are spending (or saving), you can begin to formulate your $10,000 plan. Whether you go with one bold plan or you mix and match strategies, here are seven moves to help reach your goal.

7. Add that side hustle

The gig economy is on fire and there’s no reason why you shouldn’t have a piece of this pie. From renting your home to being paid to drive, plenty of choices exist to accommodate just about anyone’s talents or interests. There may be no hard and fast returns across the board, but some examples include renting your home to film crews in your area for $3,000 a day, as MarketWatch reports or launching your own professional dog walking business to make six figures like Ryan Stewart.

Now, most side gig workers make less than $500 a month, according to financial analyst company Earnest with those who work for Airbnb doing the best. If you are making $500 a month, you’ll only reach a $6,000 annual savings threshold, barring any cash outlay needed to run your business. Some Airbnb families report they make more than the average monthly amount of $924, which alone with definitely help you reach that $10,000 yearly savings.

Although it’s far less painful to save money the fun way through side gigs, you could rip off the Band-Aid and just eliminate most of everything expendable for a period of time. This means shopping, eating out, partying and paid entertainment. And while cutting back on everything may not produce the total $10,000 savings, add in a small side hustle and you’ll likely reach your goal.

Reduce paid entertainment: First, use your Netflix subscription instead of going to the movies once a week, which can cost you about $8.84: more or less depending on where you live. Add in a soda or a package of Twizzlers and you could easily be spending around $12 per feature. Slash that cost and you’ve saved about $576 (depending on how regularly you go to the movies). You could also add to that expense by cutting the cable cord. Savings could result in more than $1,000 based on 2016 bill averages.

Cut food bills: Eliminating your dining out habit can also produce quite the savings as even dropping that $30 meal twice a week means an annual savings of about $3,000. Get rid of your Starbucks habit and you could save a little more. For instance, a grande skinny peppermint mocha coffee drink at a Brooklyn, NY Starbucks costs about $4.65. If you order that drink Monday through Friday, you’d save about $1,000, provided you were a regular drinker.

Don’t shop for new clothes: If you buy no new clothes for about a year, you could save something like $1,800 a year according to the Bureau of Labor Statistics. Of course, this number could vary based on the wardrobe needed for work and where and how often you shop.

Housing takes a good chunk out of your budget, with the average rent for recent college grads being about $894 per month, according to Time. Of course this figure may look like chump change to people living in places like San Francisco, who pay $3,363 in average monthly rent or New York City where the average rent price is about $2,732 a month.

Although the roommate arrangement may be something you wanted to leave behind in college, you could save up to around 19% of your income just by sharing space with another person, according to Trulia. Of course the amount you can save varies based on how much you pay in rent and where you live, but those who split a two bedroom home in San Francisco can save about $1,027 a month in rent expenses. This works out to an annual savings of $12,324.

Smoking and drinking alcohol are not only bad for your bod, but terrible for your bank account too. With the cost of cigarettes at $12 a pack in New York, you could easily save $4,000 a year by kicking the habit U.S. News and World Report reported.

And while you may need to invest in nicotine patches, which will cut into your cigarette saving budget, just putting the breaks on drinking alcohol could result in a $10,000 yearly savings. Whether you enjoy a glass of wine with dinner each night or are more of a “weekend warrior,” its easy to overspend on booze. If you bought a few bottles of Zinfandel at around $10 pop that’s $20 a week or a little over $1,000 a year. But that’s only if you purchase two bottles of wine each week. If you hit the bar its pretty easy to drop anywhere from $50 to $100 per night and if you go stop going out three nights a week that could equate to a savings of $7,800 to over $15,000 a year.

Savings rates are on the move and if you are still paying less than 1.05% you are really missing out on some good money. “Rates have increased from what was the high of 1.05% in December to some accounts paying 1.40% today,” Greg McBride, chief financial analyst for Bankrate said by phone. “Don’t just wait for the opportunity to drop into your lap. Do a little shopping because it will pay off in the long run.”

For instance, Dollar Savings Direct is currently paying 1.40% APY with only $1 minimum balance to earn the APY. With an initial deposit of $2,500 and monthly contributions of $700, you should end up with more than $10,000 by the end of the year. A complete list of high yield savings can be found here.

Certain times during the year can produce some pretty awesome cash generating opportunities, which could help you hit that $10,000 (or more) pinnacle in only a few months. For instance, David and Nathan Polanco found that scaring people every October helped them to generate $200,000 in a single month, according to the Penny Hoarder. The pair run haunted houses in California from October 2 to November 1, then rent the dwellings for the rest of the year. Although their take-home pay is outstanding, their startup cost was pretty steep, too, and they didn’t make a profit until their third year of business.

Don’t have startup cash or time to grow your business? Offer your holiday decoration services, which could include both exterior and interior decorations. Pricing ranges from $45 for a quick job to up to $10,000 if you score a large property, the Balance said. Other ideas include baking and selling holiday treats, turning your home into an Airbnb or selling holiday crafts on eBay or Etsy, Legal Zoom suggested.

Rather than selling plasma, sperm or eggs, consider instead selling your poop instead. Sure you can make a few extra bucks in other ways, but the real money is in excrement: like $13,000 a year, according to the Washington Post. Seriously.

A company called OpenBiome is helping to relieve some patient’s gastrointestinal angst caused by a bacteria called C. difficile through the use of healthy stools. Becoming a donor is no small feat as the company looks for extremely healthy people who must pass a pretty strict screening process, which costs up to $5,000. “It’s harder to become a donor than it is to get into MIT,” co-founder Mark Smith jokingly told the Washington Post.

However, if you are one of the lucky ones selected, you earn $40 per sample and a $50 bonus if you submit your sample five days a week.