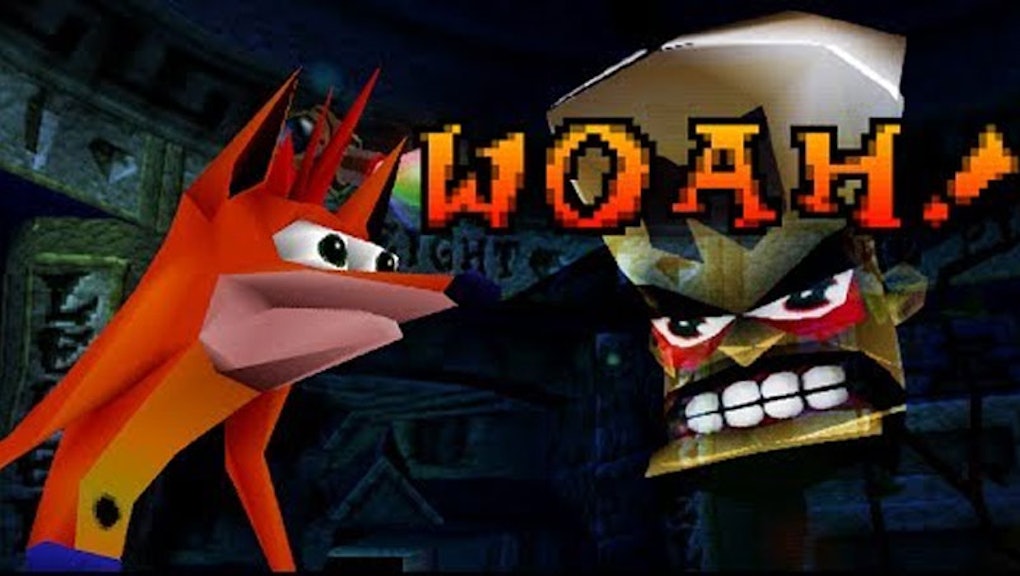 ‘Crash Bandicoot’ “Woah” Memes: These videos are sweeping the internet

Denizens of the internet who consider themselves scholars in the way of the dank meme may have taken notice of a new one burning up Twitter and the video game community.

It involves Crash Bandicoot, some original animation of the classic PlayStation mascot, and lots of uses of the exclamation, “Woah!” as Crash lets slip so many times in the game already.

If you haven’t seen one of these videos yet, you’re really missing out. Let’s take a look at the history of the meme as well as some of the better ones floating around out there. No, no thanks will be necessary. This is a public service.

Crash Bandicoot “Woah!”: What’s this all about?

Like all memes, this particular one was born of sheer wackiness after YouTuber OneyPlays started recording videos of himself playing Crash Bandicoot 2: Cortex Strikes Back. During the game he continually exclaims “Woah!” each time he jumps. It’s hilariously over-the-top, but nothing to write home about in the context of the video. Pretty funny to watch, though.

Things really started to heat up, however, when YouTuber Greatrossturner created a compilation video of every time Oney said “woah!” during his Crash videos, all conveniently located in one place. These “woahs” out of context made for some pretty funny viewing, and eventually those voiceovers started to take off even more from there.

Oney himself posted a quick video of the bandicoot himself dubbed with the “woahs” on Twitter, and this fledgling meme began to take off from there.

But that was only the tip of the iceberg. YouTuber Joseph Kuhr created original animation of a 3D model of Crash Bandicoot dubbed with Oney’s “woahs” spazzing out in front of a green screen. From there, it was a veritable snowstorm of edits. And they are all fantastic.

Crash is now a part of several videos and musical projects, where Oney’s “woah” is remixed to a catchy beat like Mr. Oizo tunes, as seen below.

Even anime fans are getting in on the memes, with a parody featuring Crash as a titan from the popular anime series Attack on Titan, done to excellent effect.

One of the most infamous films of all time, The Room, even gets the “woah’ treatment, replacing Mark with Crash Bandicoot. The scene is relatively unchanged with the unintelligible noises.

But wait! What if Evanescence is still your favorite band and you need to hear Crash’s vocals replacing Amy Lee’s?

There are hundreds of variations on the same theme out there at present right now, and you could spend a couple of hours looking at all of them, so we’ll leave you to your own YouTube journey with that in mind, but be forewarned. These things are so catchy that you might just find yourself joining the Crash creators’ brigade. And it’s a slippery slope from there. Don’t say we didn’t warn you.