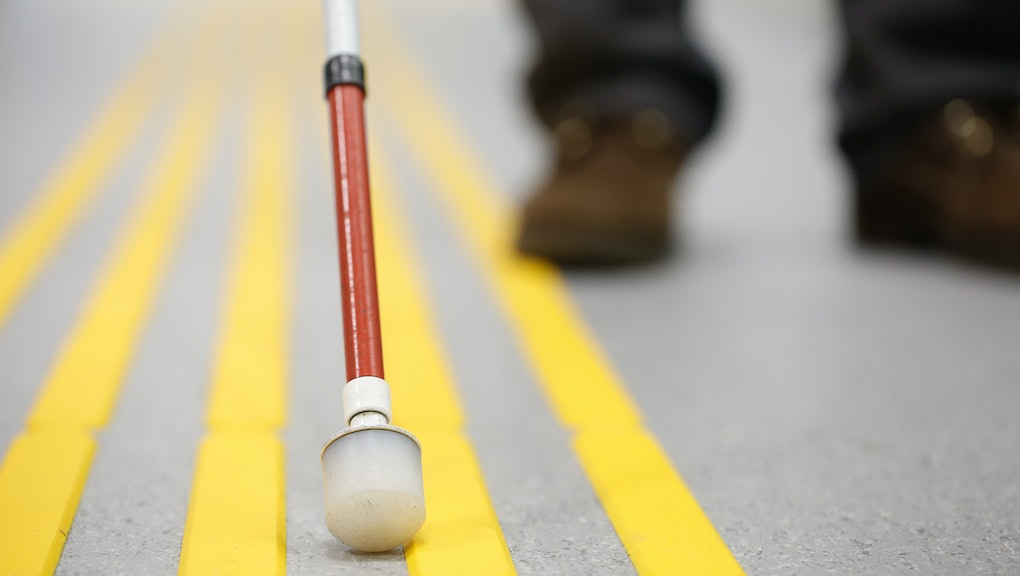 Both FitBit and Apple Watch have experienced periods of plummeting sales within the last year or so, perhaps because their fitness-tracking functions and other perks — although cool — are frankly unnecessary to most. But that’s not to say that wearables can’t change lives. Engineers recently invented a wristband that helps people with blindness get around using sonar technology.

The National Federation of the Blind estimates that there are about 1.3 million people with legal blindness in the U.S., and the new Sunu Band could possibly help them. The band emits ultrasound waves that bounce off objects within a 13-foot range, then uses that information to provide feedback to the wearer by way of vibration. A stronger vibration means that an object is close by, whereas a weaker one means that the object is father away. On a sidewalk full of pedestrians, for example, the band will vibrate more strongly as a person approaches, but will ultimately weaken as they pass by.

Sunu’s wristband is selling for $299, and it has a rechargeable battery life of about 12 hours, the company’s website states. It uses Bluetooth technology to link up with an iPhone app that allows users to adjust vibration intensity and monitor battery life.

In a recent interview with MIT Technology Review, the company’s co-founder, Fernando Albertorio, said that he hopes to link the device to Google Maps. Imagine a wearable of the future that works not only as a line of safety against obstacles, but as a navigator, too.

Albertorio is legally blind, and said the band recently helped him complete a 5K race.

“It was amazing,” Albertorio said. “It was just that feeling of independence when you’re running.”