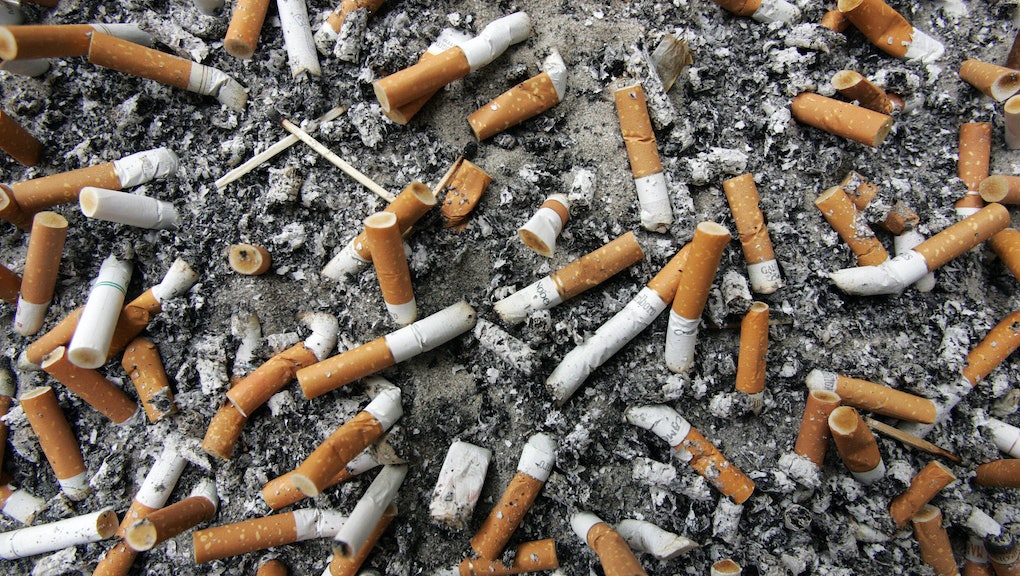 Cigarette butts are tiny, but they’re collectively trashing our planet.

Every year, the world is burdened with an estimated 1.69 billion pounds of littered cigarette butts, according to a 2009 study, and humanity is expected to smoke some 9 trillion filtered cigarettes in the year 2025.

Cigarette filters contain hundreds of trapped chemicals that run off into our oceans, rivers and streams, and they clog up our heaping landfills without biodegrading.

That’s the potential for a lot of damage — but now, researchers have an idea for how we can reuse them.

Scientists at RMIT University in Melbourne, Australia, figured out how to mix cigarette butts and asphalt in a way that can improve our roadways. The strange concoction can turn into paved roads that allegedly withstand the heavy weight of cars and reduce the “urban heat island effect,” which is basically when a city is hotter than its surrounding areas. The effect is partly caused by the materials that make up modern cities, along with the overall city’s structure, air pollution and other factors.

Scientists coated the cigarette butts with bitumen and paraffin wax to keep its dangerous chemicals contained, barring the potential for it to leak into the asphalt in a dangerous way.

“I have been trying for many years to find sustainable and practical methods for solving the problem of cigarette butt pollution,” Abbas Mohajerani, a leading author on the study, said in a release. “This research shows that you can create a new construction material while ridding the environment of a huge waste problem.”

Though the ideal solution would be for humans to stop smoking non-biodegradable cigarettes, it seems that the least we can do is use toxic waste as a filler for construction.