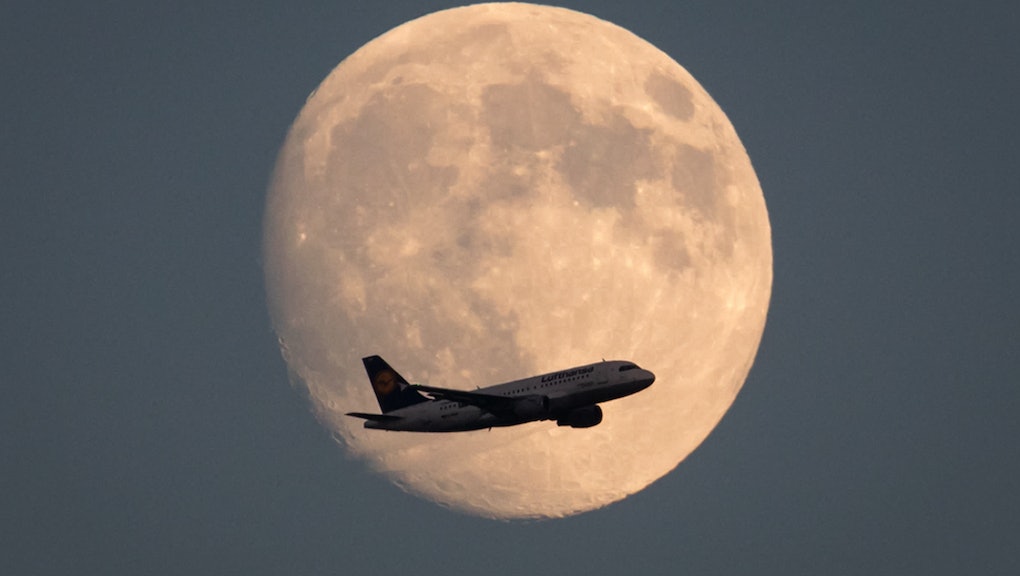 The world’s rapid progress in transportation tech is forcing us to rethink how we get around. Some sources have estimated that 10 million self-driving cars will be on our roads by 2020, and now a recent report from the Swiss bank UBS’ Evidence Lab estimates that pilotless planes could be here by 2025. Although that paints a really cool picture for our future, the truth is that consumers might not be on board just yet.

The survey asked 8,000 people in the U.S., U.K., France, Germany and Australia what they thought about riding in a pilotless plane. Only 17% surveyed said they would go for a spin in one, while 54% of respondents said that they probably wouldn’t ride.

It’s not clear whether other parts of the world would be more receptive to the idea of blasting through the atmosphere in a metal bullet without a pilot behind the controls. However, a 2017 INRIX survey on autonomous vehicles found similar hesitation — only 25% of those surveyed across the U.S., Germany, Italy, the U.K. and France said that they would “likely or definitely” buy a self-driving car someday. In both of these studies, younger generations were more open to the idea, as were Americans when compared to most of the other countries surveyed.

It’s true that self-flying planes could conceivably put a lot of pilots out of business. However, UBS’ report states that this change would save airlines billions in the long run. Just cutting back on the cost of training pilots alone could reduce expenses by $35 billion per year, according to the report. UBS says those numbers are based on estimates by the British Airline Pilots Association, which ballpark the cost of training and recruiting a single pilot to be around 60,000 to 80,000 pounds (up to $103,740).

But it’s not really clear who exactly would benefit from eliminating pilots. On one hand, it could make airline tickets cheaper (though half of survey respondents said they still wouldn’t buy a pilotless plane ticket, despite the reduced cost). On the other hand, airlines could be greedy and just pocket the difference.

Even if the consumer did benefit, it wouldn’t be a ginormous cut in ticket prices. The report estimates that the “average percentage of total cost and average benefit that could be passed onto passengers in price reduction for the U.S. airlines is 11%.” That would make a $700 plane ticket $623, or a $300 plane ticket $267.

Regardless, engineers will likely continue to develop pilotless planes — Boeing, for instance, hopes to test self-flying plane technology next year. And as it stands right now, pilots are hardly turning a wheel and pushing a gas pedal on their own (computers and auto-pilot tech already help run the show).

The public may warm up as we enter a new future of air travel. After all, flying in an airplane at all was uncharted territory for most Americans before the 20th century.