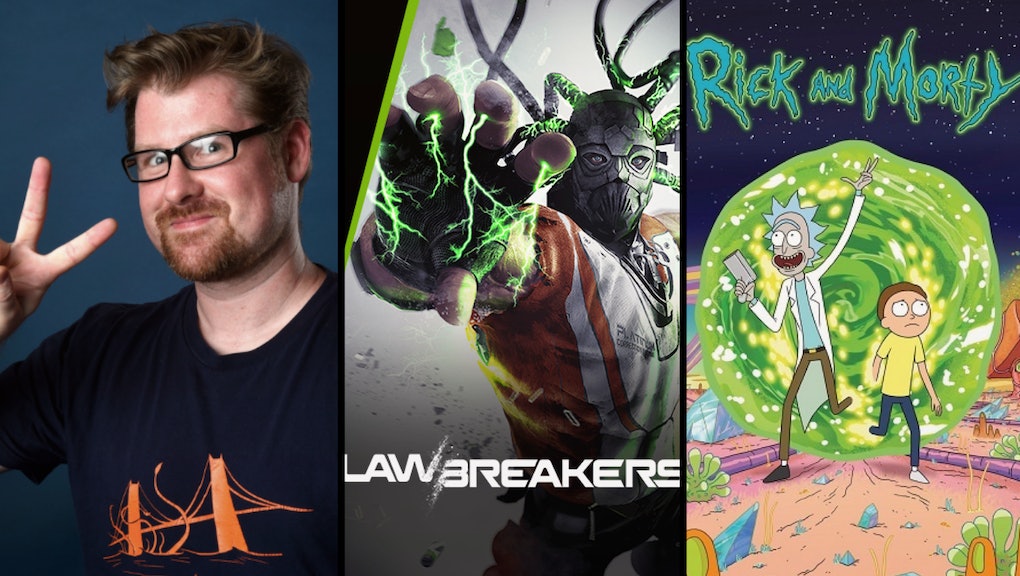 Lawbreakers officially launched on Tuesday, and anyone who picked up the online first-person shooter may have noticed a familiar voice. Justin Roiland, the co-creator and voice actor behind the hit animated series Rick and Morty lent his talents to the new video game, but his roll in Lawbreakers may come as a bit of shock: He plays a ball.

Justin Roiland Lawbreakers: The roll of a lifetime?

Actually, considering Roiland’s numerous roles in Rick and Morty, in which he voices both main characters along with countless other alien creatures and other weird things, it makes a lot of sense. Why not voice a ball in a video game about heroes and villains fighting in a future where Earth’s gravity has been weakened because humans managed to blow up the moon? (Yes, seriously.) Come to think of it, that actually sounds like a pretty standard episode of Rick and Morty.

If you haven’t picked up Lawbreakers and you’re curious what Roiland sounds like, here’s a video of the ball, which is used in a special gameplay mode called Blitz Ball where you have to capture a ball and bring it to the enemy base to score points.

The voice sounds a bit like Morty. However, I’m really hearing the Meseeks — if the fan favorite characters can’t get another episode at least we can enjoy them in a video game, right?

Justin Roiland Lawbreakers: Will we see a Rick and Morty crossover?

Now that I think about it, more than a few of the characters in Rick and Morty would make pretty good additions to Lawbreakers — or any other multiplayer shooter. In the most recent episode, we saw Pickle Rick and Jaguar (voiced by Danny Trejo) face off in an awesome firefight. Regular old Rick Sanchez has also proven he can go toe-to-toe with any enemy, and I’d also love to see his old war buddies Birdperson (now Phoenixperson) and Squanchy join the fight as well.

I’m just speculating here, but considering Roiland’s involvement it’s not totally impossible. For now, at least you can pretend the Meseeks are involved the next time you boot up Lawbreakers for a few rounds of Blitz Ball.