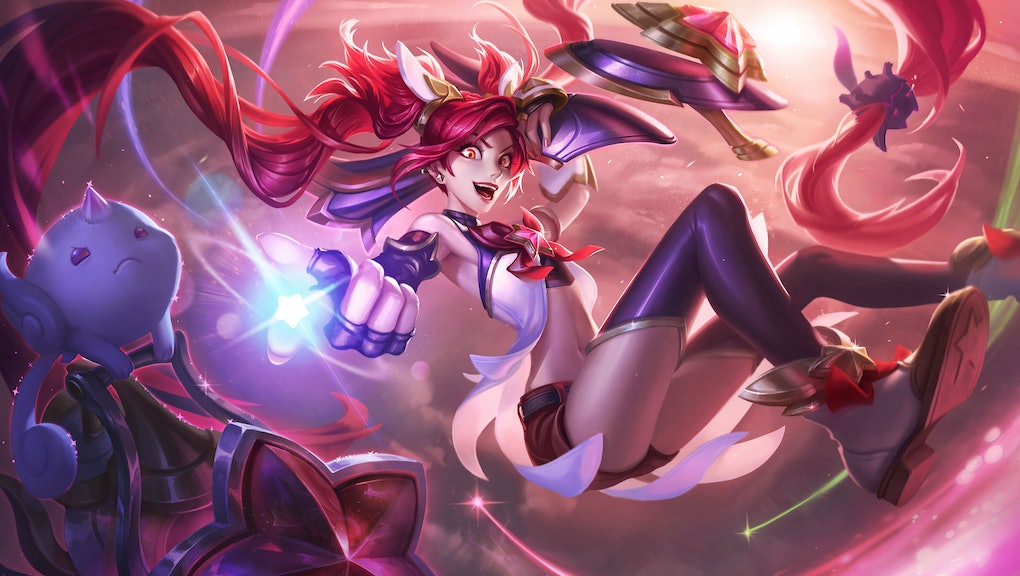 The Star Guardian skins in League of Legends are the closest things to magical girls we’ll probably ever see in the game, and that’s what makes them so special. There’s another wave of glitzy, starry, magical skins rife with bright colors and magical glamour coming to League of Legends, available for Soraka, Ezreal, Miss Fortune, Ahri and Syndra. They’re all the next Champions to get in line to join the rest of the previous Star Guardians.

All of the Champions joining the Star Guardian line are in a squad lead by the character Ahri, while the older Star Guardians were lead by the Champion Lux. Each set comes with new pets for each Champion, much like Kuro and Shiro from the first set. Ahri’s set is a legendary skin and it will cost 1820 RP. Each skin comes with new sound effects, models, recalls and particles as well.

The previous squad consisted of Janna, Poppy, Jinx and Lulu, with Jinx receiving a legendary skin as part of the celebration. You can try out the skins on the Public Beta Environment soon, but the regular skins will be released in full on Sept. 7.

Real talk, these are some of the most gorgeous skins Riot Games has released for its Champions, and the number one reason I’d want to play the game if I were a newcomer. Just look at the music video Riot made for the first crop of Star Guardian skins. It’s positively magicalious.

Who said magical girl anime was just for kids? Keep an eye out for these glorious new skins to make their debut.