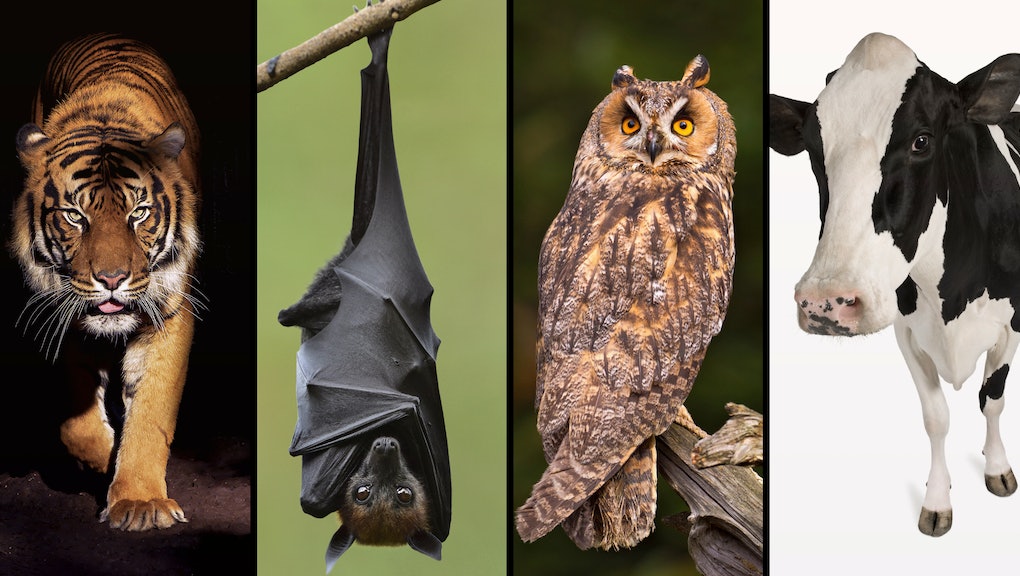 The upcoming Aug. 21 total solar eclipse will shroud thousands of people in temporary, mystifying darkness across the continental United States. Eclipse chasers say it evokes a “feeling of zen-like oneness with the universe” — a feeling that’s “so wrong, so unusual, so beautiful.” But in addition to seeing the sky turn to twilight and reveal thousands of stars, eclipse viewers will also get a chance to enjoy another sight: animals reacting to one of the weirdest natural events affecting Earth.

“It really is an awesome experience to stand in the shadow of the moon and see all these remarkable phenomena,” Rick Fienberg, press officer for the American Astronomical Society, said in a phone call. “It’s going to be a very big deal for people in terms of an emotional and visual experience.”

Though “there has not been a lot of serious research done on animal behavior” during a solar eclipses, according to Fienberg, a handful of observational reports have cropped up over the last few decades. There are stories of sudden silence from screeching cicadas in Tuscon, Arizona, starting when the sun was about 50% covered by the moon, for example. And as a false sense of night drew near, bees in India grew restless and started leaving their hives and captive squirrels in California reportedly became more active.

“What basically happens is the natural world gets confused,” Fienberg said. “Sunrise has already occurred and [animals are] going about their normal daily business when, all the sudden, it gets dark — and pretty fast.”

A total solar eclipse hasn’t happened in the U.S. since 1979, and the last time one spanned the entire continental U.S. was almost 100 years ago. For that reason — along with the fact that this eclipse is happening in an expansive, developed country and not at sea — research institutions are intrigued by the possibility of collecting more data on animal behavior. The California Academy of Sciences, for instance, is inviting people to take notes on animals around them using their iNaturalist smartphone app. Users can upload any related media on the day of the solar eclipse.

“Humans, animals and plants will all be responding to this event that’s happening off of Earth — we’re all impacted by this,” Elise Ricard, public program supervisor at the California Academy of Sciences, said by phone. “We also hope that people are going to document animal species that we haven’t seen before. It’s going to hopefully help us understand biodiversity in these regions.”

What people have already seen

Eclipse chasers dedicate a significant part of their lives to seeing the world go dark again and again. They’re also some of the most well versed in animal behavior during these celestial events, by virtue of simply being there.

“In 1983, there was a tiger in the jungle near where we were setting up and it let out a roar during totality. That was quite interesting,” Bill Kramer, a 58-year-old retired computer scientist who has witnessed 16 total solar eclipses in his lifetime, said on a Skype call from Jamaica. “I heard a story of a lady who ventured away from her group in Africa to experience totality by herself, and as it was just getting dark, a lion came walking right up to her.”

Kramer recalls that the woman screamed and ran away — the wrong thing to do in such an encounter — and yet somehow managed to live. There’s really no way to be certain that either experience occurred because of the eclipse, but it’s certainly a wild tale on an unusually strange day.

“Some people say animals go bonkers and, in actual fact, animals change their behavior as a result in changes in light. We see this every day,” Kate Russo, a 44-year-old author, psychologist and eclipse chaser who has seen 10 total solar eclipses, said on Skype. “Birds are the most obvious ones because they’re everywhere and you can actually see them circling, heading home to roost or wherever they go when it’s sunset. The last eclipse I saw was in Indonesia in March 2016. ... Ten minutes before totality, I remember seeing this bird flying around, panicked, like it lost its flock and it didn’t know what to do.”

Several eclipse chasers also mentioned chickens filing back into their coops as the sun is hidden, or hearing roosters crow as the moon starts to uncover the sun again.

Cows reportedly return to the barn as temporary darkness sets in, while mosquitoes and bats come out. Those reactions are somewhat predictable, but less common animals have also behaved strangely during total eclipses.

In a 2013 study, scientists in Kolkata, India, recorded that bulls in Kolkata were more sluggish or more active depending on their sex.

And although Kramer joked that he “has no idea what the fish are thinking” because he’s “never watched an eclipse from underwater,” Fienberg has heard of reports involving marine mammals.

“After an eclipse, I’ve heard people say that they’ve seen porpoises and dolphins surfacing and following around the ship during totality,” he said.

Even in 2017, the animal kingdom has secrets, questions and mysteries that could be unveiled this time around.

“This is going to be the most observed total solar eclipse in history,” Fienberg said, “and it’s also a big deal scientifically.”