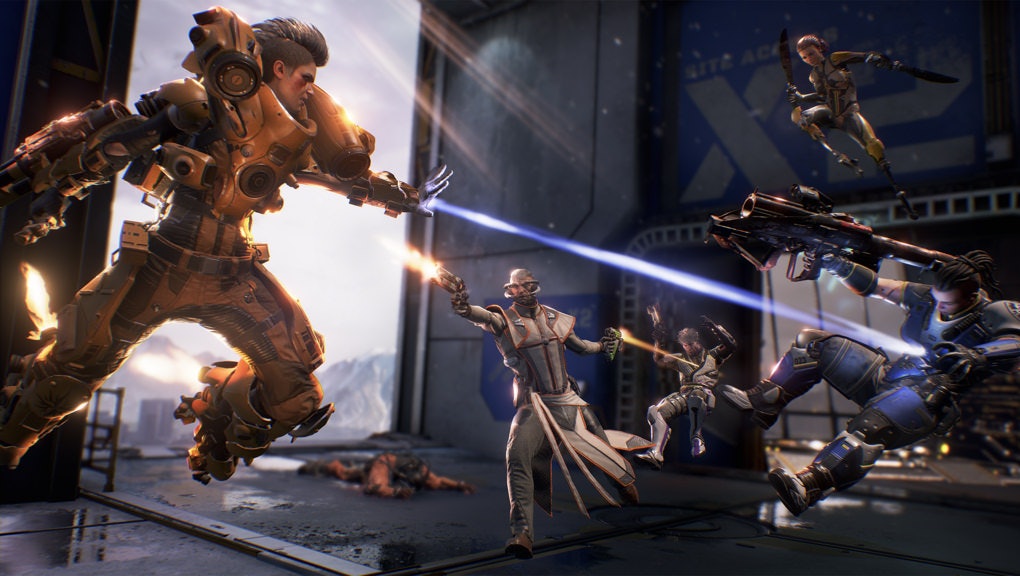 ‘LawBreakers’ Xbox One: Is the multiplayer shooter coming to Microsoft’s console?

Boss Key Productions’ LawBreakers is a frantic, fast-paced multiplayer shooter that’s a little derivative, but also very fun. It’s currently available on PlayStation 4 and PC, but it’s curiously absent as an Xbox One title. That’s not on accident, nor does it mean it simply won’t be on Xbox One in the future.

Despite the fact that it didn’t debut on the console, there’s the distinct possibility that the game may very well land on the Xbox One in the future, evidenced by Boss Key Productions and the personalities who comprise the company. So there could be hope for you yet if that’s your main gaming system!

LawBreakers on Xbox One: Is it a possibility?

Despite being a PlayStation 4 console exclusive at the moment, LawBreakers has a shaky future as an Xbox One title coming down the line. According to an interview with VentureBeat, when asked why LawBreakers didn’t debut on Xbox One, Boss Key Productions COO Arjan Brussee stated it was, due to the fact that the group “liked” PlayStation best.

When speaking to TheSixthAxis, Boss Key Productions lead designer Dan Nanni made the comment that the team had decided on PlayStation 4 in the beginning because the system ended up having the larger user base as well. However, he went on to say that he “would definitely not write off Xbox One for the future.”

Perhaps most importantly, Cliff Bleszinski himself posted on Facebook that “Xbox fans” should “sit tight” while announcing the LawBreakers final beta at the end of July. This sounds like a fairly ringing endorsement for the game to be making its way to Xbox One in the near future, though it isn’t anything concrete just yet.

For a game aspiring to be your new favorite team-based online shooter, it makes too much sense for the game to stick around only on one console and PC, so we’ll likely end up seeing it make its Xbox One debut sometime in the future, though there’s no date hammered out or official confirmation just yet.