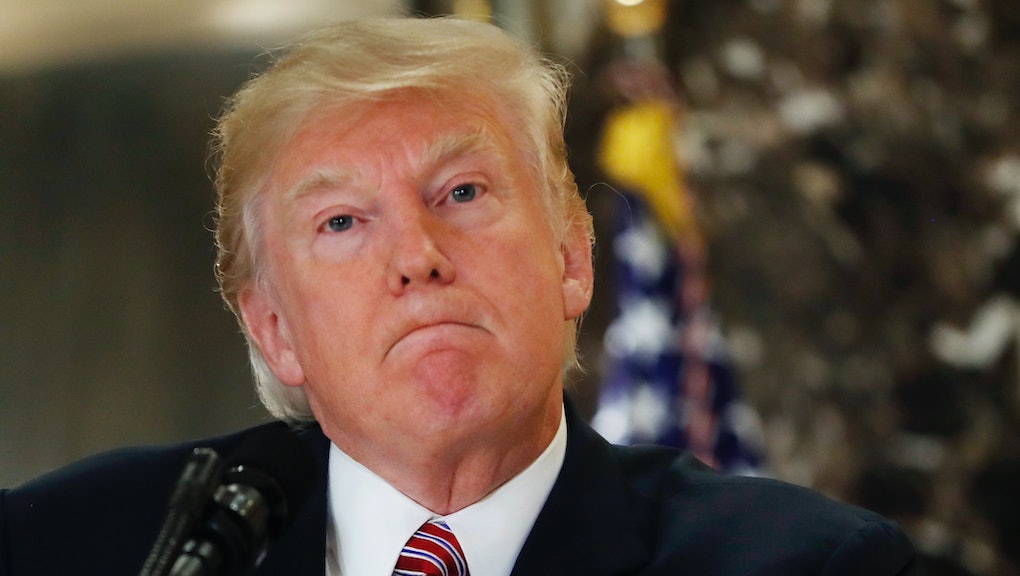 What Tuesday’s Congressional primaries mean for Trump and the GOP

Voters in Alabama and Utah headed to the primary polls on Tuesday to decide who will represent them in the Senate and House, respectively, after both states lost lawmakers in the early days of Trump’s presidency. In Alabama, Jeff Sessions left the Senate for a job in the White House, and in Utah, Jason Chaffetz quit the House to work for Fox News.

Both states are reliably red: In the 2016 presidential election, Trump won Alabama with 62.9% of the vote and Utah with 45.9 %. But on Tuesday, voters in both states rejected the candidate with closer ties to the president. In Alabama, Trump-backed Luther Strange came second to Roy Moore. In Utah, voters chose John Curtis, who once said he couldn’t bring himself to vote for Trump, over his Trump-backing opponents.

Here’s what that means for Trump, Republicans and the country going forward:

Trump’s unpopularity means his endorsement isn’t worth much

While the president has been able to push through more changes than some of his detractors might like to admit, his record-low poll numbers have still stymied the more controversial segments of his agenda. The president’s unpopularity has weakened the power of his endorsement, which could mean fewer Trump loyalists entering the House and Senate in coming years.

Take Alabama, for instance, where Trump endorsed Strange, a Republican, to replace Jeff Sessions. Strange, who Sessions chose as his temporary replacement after he left the Senate for the Trump administration, is seen as a close ally of Mitch McConnell and a reliable Republican vote, according to the Atlantic’s Molly Ball.

Meanwhile, his challenger, Moore, is no fan of McConnell, and is sure to make the senate majority leader’s life even more difficult when it comes to pushing through the president’s legislative agenda.

Under normal circumstances, a presidential endorsement would be enough to decide the outcome: 81% of incumbents endorsed by President Barack Obama won their races, according to Ballotpedia. But Strange came second to Moore, a man who has twice served on the Alabama Supreme Court and twice been forced off the bench: once, in 2003, for refusing to remove a statue of the Ten Commandments from a state building after being ordered to do so by a federal judge; and again, in 2016, for ordering Alabama judges to ignore higher court rulings on the legality of same-sex marriage. (Moore resigned to run for Senate before he could be officially removed from the bench for the second time.)

It’s worth nothing that Trump’s support for Strange wasn’t as full-throated as it could have been. He recorded a robo-call and tweeted in favor of Strange, but spent most of the run-up to the primary on vacation in New Jersey.

Still, Moore’s primary victory, which will lead to a run-off — Moore got 38.9% of the vote, while Strange got only 32.8% — shows that a presidential endorsement isn’t what it used to be.

Distancing yourself from Trump might be a winning strategy for Republicans

Unlike in Alabama, Trump mostly stayed out of Utah’s special election to replace Jason Chaffetz. Perhaps that’s because, according to the Washington Post, the winner of that race, Provo Mayor John Curtis, said he couldn’t bring himself to vote for Trump in 2016.

For voters who care about traditionally morality, Curtis is about as far from Trump as you can get. He’s a practicing member of the Church of Jesus Christ of Latter-day Saints who has six children with his first and only wife, and like many young Mormons, he served as a missionary. While Curtis didn’t openly criticize Trump, he ran on his record as mayor of Provo and didn’t bring Trump into the race.

One of Curtis’ opponents, former state legislator Chris Herrod, tried that strategy. Curtis, also a practicing Mormon, told crowds he’d voted for Trump and echoed the president’s caricatures of the media as out-of-touch, coastal elitists. Criticizing an op-ed about Trump’s proposed border wall published in the Deseret News, Herrod wrote, “While I much prefer other candidates to Donald Trump, his bluntness has certainly struck a chord. It’s sad that a billionaire understands the middle-class, mainstream America and legal immigrants better than opinion writers do.”

Not even a $300,000 ad spend by the conservative Club for Growth, reported by the Washington Post, nor the endorsements of Sen. Ted Cruz (R-TX) and Sen. Rand Paul (R-KY) — both noted conservatives — could help Herrod beat Curtis.

What the future holds

It’s still too early to say if Trump’s base will hold together, or whether traditional fault lines among the GOP will re-assert themselves. So far, bucking Trump — or ignoring him altogether — has proved a successful strategy for candidates. But none of the success stories so far involve open hostility toward the president, who isn’t known for his willingness to accept insults without retaliating.