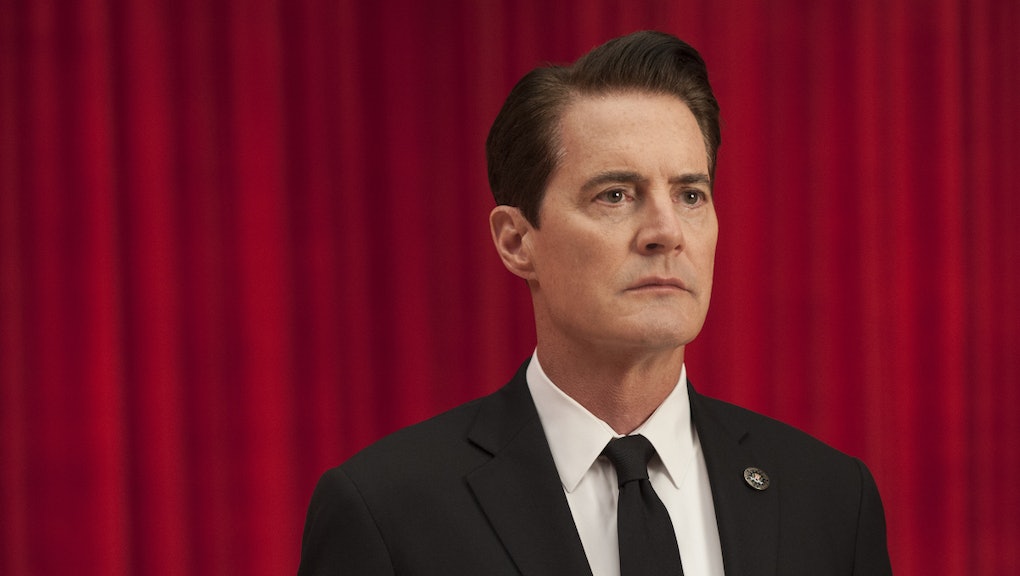 ‘Twin Peaks: The Return’ was brilliant. So why didn’t it capture the zeitgeist?

There have been some constants in the 27-year eon between Twin Peaks’ original ABC debut in 1990 and Sunday night’s otherworldly two-part finale of the epic Showtime successor, Twin Peaks: The Return.

For instance, Robert A. Iger — who was head of ABC’s entertainment division and chief decision-maker on all things Peaks during its two-season formative run — still ultimately presides over that broadcast behemoth as chairman and CEO of its parent company, Disney. And in Snoqualmie, Washington, where much of both Peaks 1.0 and The Return were filmed, visitors can still beckon a slice of Twin Peaks cherry pie at local resting spot Twede’s Café, which became an overnight and everlasting tourist destination after standing in as the facade for Norma’s Double R Diner.

But appropriately enough when discussing TV’s most upside-down series, it might be useful to invert a familiar phrase and note that the more things stay the same, the more gradually and evidently they evolve.

Kyle MacLachlan’s Agent Dale Cooper might have (finally) made his way back onto the small screen this summer, but television, as a form of at-home entertainment, has fragmented tremendously — even just in the three years since The Return was first announced, in the fall of 2014; never mind since we last saw Coop in 1991. Platforms for viewing, streaming and recording have become virtually ephemeral (TV’s viewership has rarely been more diffuse) and, as is often decried, there have never been more shows to watch than there are right now.

So it’s worth wondering whether Twin Peaks showrunners David Lynch and Mark Frost were at all let down (doubtful) to discover the downside of peak Peak-TV synergy: the thudding low of relative ambivalence. The original Twin Peaks shattered norms in 1990, reportedly drawing a third of the country’s television audience (almost 35 million pairs of eyeballs) to a made-for-TV movie — not bad for a meta-textual mind-bender fronting as boilerplate murder-mystery. But why didn’t The Return, an unapologetically indulgent and masterfully crafted reprisal, connect with more people?

Traditional Nielsen ratings for The Return drifted between roughly a quarter-million and a half-million viewers for the 16 installments leading up to its swan song, a fraction of what fellow Sunday night Showtime dramas like Ray Donovan average. Even Peaks couldn’t penetrate our stubborn galaxy of apps and subscription services, no more than poor Will Hastings (Matthew Lillard) could float from one dimension to the next before some Black Lodge vagrant hastened his demise.

Network executives have boasted about Peaks’ utility motivating buy-ins to fledgling streaming platform Showtime Anytime. And, par for the course with any show that has a built-in audience, The Return incited siloed fanaticism in recap comments and on Reddit forums. Still, the absence of that elusive, consensus buzz that hopeful followers signed up for was like a phantom limb. Theories about who the hell Billy was or what befell Major Briggs were far from inescapable; Brooklyn band Au Revoir Simone didn’t somehow pull off an unexpected rush up the Billboard charts after its guest appearance.

Explanations are, theoretically, everywhere: the lack of a whodunit; purists forever soured by season two’s qualitative nosedive and the theatrical prequel Fire Walk With Me’s alienating terror; sporadic, head-to-head competition from Game of Thrones; or transcendent real-life political intrigue. Perhaps it’s not rocket science as to why, but it’s no less paradoxical that this franchise — which was so unconventional at its onset yet still reigned as water-cooler king — fell short of the quirky immediacy that commands more than a couple of hours of hashtag love.

None of this diminishes the product. The 18-hour Return — like the best of its predecessor and much of Lynch’s film oeuvre — represents a singular artistic synthesis that feels somehow entirely improvised and meticulously plotted, independent of influence yet plainly owing to specific genre references. Lynch has a ball rendering tumorous talking trees, crudely animated robot dopplegängers and homicidal dwarfs in service of storylines that (sort of) question the very fabric of existence.

It’s also poignant — what a beautiful performance by, and nod to, Catherine Coulson, aka Log Lady. And despite so much death and dirge and endless damn digressions with Dougie before Cooper at long last comes back to kick some ass, The Return is shockingly feel-good in its self-reference and simple pleasures (yay, Norma and Ed!), and signs off with a visceral thrill.

As a work of art, it is monolithic; a defiant, immovable object existing on its own terms for its own reasons, counterprogramming and Labor Day weekend be damned. As a cultural happening, it was a total eclipse that failed to bring us all together in awe, but beguiled the curious and scattered willing to stop what they were doing and stare directly into the void.