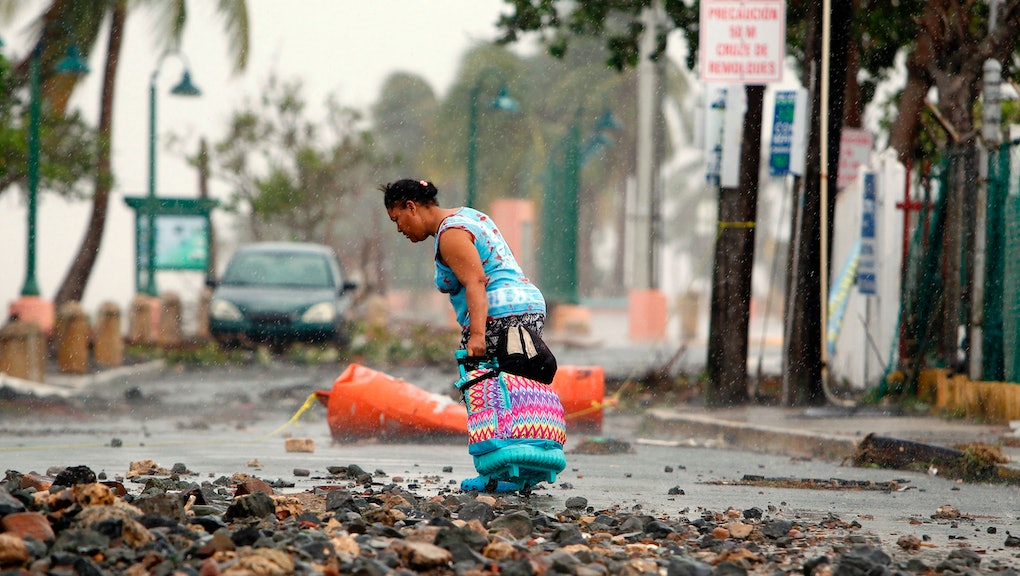 Hurricane Irma will make landfall along Florida’s coast in mere hours. According to reports, more than 5.6 million people were told they had to evacuate from their homes and leave everything behind or risk both utter destruction and possible death.

And while most heeded the intense warnings of the National Weather Service one man, Eric Blake, is decidedly staying put, but for good reason: He’s one of the few members of the National Hurricane Center staying behind to help keep the public informed on the already-deadly hurricane.

As Mashable reported, Blake began tweeting about his plans to stay, along with his tips on being prepared, first tweeting on Monday that he had to make a hurricane plan with his family much earlier than others because of his dedication to riding out the storm at work.

Blake also shared a photo of his own home, completely shuttered, and ready for Irma’s arrival.

Luckily for Blake, he will not be alone at the center, or indeed in much trouble. According to National Hurricane Center spokesman Dennis Feltgen, many of the center’s employees will be heading to NHC’s headquarters on the Florida International University campus, which Mashable described as a “fortress.”

“It goes without saying, there is an extra level of stress when the hurricane is impacting our own families and homes,” Feltgen told Mashable.

And while Blake and the entire NHC crew will likely continue tweeting throughout the storm, there are also a few other key outlets to follow, for free, up-to-the-minute reliable information.

On Friday, the Washington Post announced it would drop its paywall for its Irma coverage.

The New York Times also quickly followed suit, announcing its plans to drop its paywall for Irma as well.

The New York Times additionally created this handy guide on how to follow Irma on social media and how to read all the maps, graphs and tweets filling your feed like a pro.

Now maybe head over to Twitter and wish Blake and the other meteorologists staying in Miami good luck.