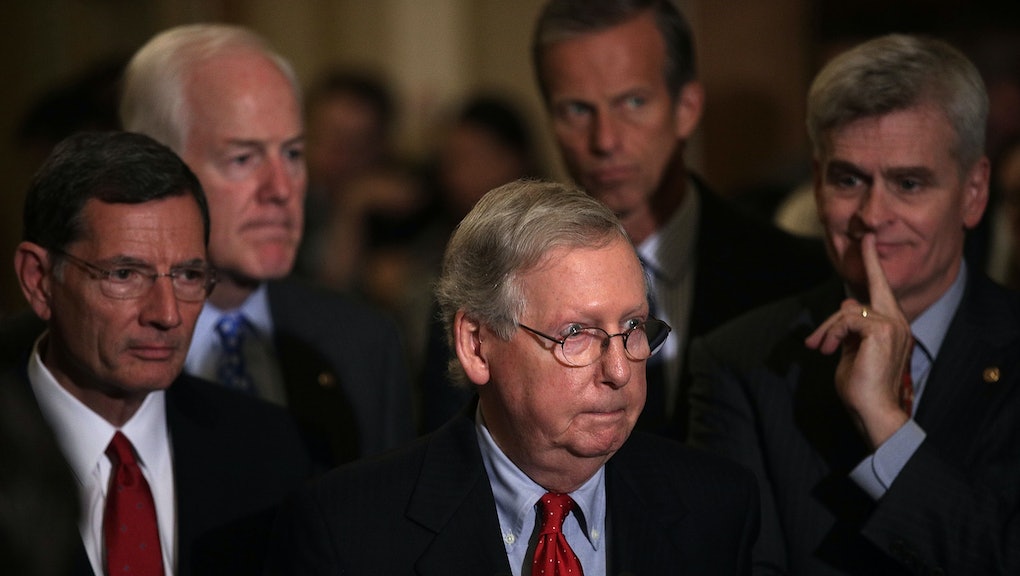 The health insurance industry is fighting back against Senate Republicans’ Graham-Cassidy bill, the GOP’s latest effort to repeal and replace the Affordable Care Act.

If passed, the proposed bill sponsored by Sens. Lindsey Graham (R-S.C.) and Bill Cassidy (R-La.) would give states more freedom to create their own health care systems and send federal money back to them in the form of block grants, according to USA Today.

But it would also redistribute federal funds from states that have already expanded Medicaid to primarily Republican-controlled states that previously turned down additional Medicaid benefits under the ACA, according to Vox.

Two of the nation’s top insurance trade organizations took issue with that reality on Wednesday.

The Blue Cross Blue Shield Association and American Health Insurance Plans trade group both issued statements declaring they could not support Graham-Cassidy because it fails to protect the “most vulnerable” Americans.

Blue Cross said the proposed bill would allow states to waive key consumer protections and undermine safeguards established under the ACA that required insurers to cover people with pre-existing conditions.

“The legislation reduces funding for many states significantly and would increase uncertainty in the marketplace, making coverage more expensive and jeopardizing Americans’ choice of health plans,” the company wrote in its statement.

“[The Graham-Cassidy bill] fails to meet these guiding principles and would have real consequences on consumers and patients by further destabilizing the individual market,” Tavenner wrote.

Former President Barack Obama also denounced the proposal on Wednesday, saying it’s “frustrating to have to mobilize every couple months to keep our leaders from inflicting real human suffering on our constituents.”

Graham-Cassidy has been regarded as Senate Republicans’ “last-ditch” effort to repeal and replace the ACA, regarded as one of Obama’s signature legislative achievements.

Earlier attempts to do so were ultimately decided by Republican Sens. John McCain of Arizona, Susan Collins of Maine and Lisa Murkowski of Alaska, all of whom voted in July to stop a previous version of health care reform from advancing.