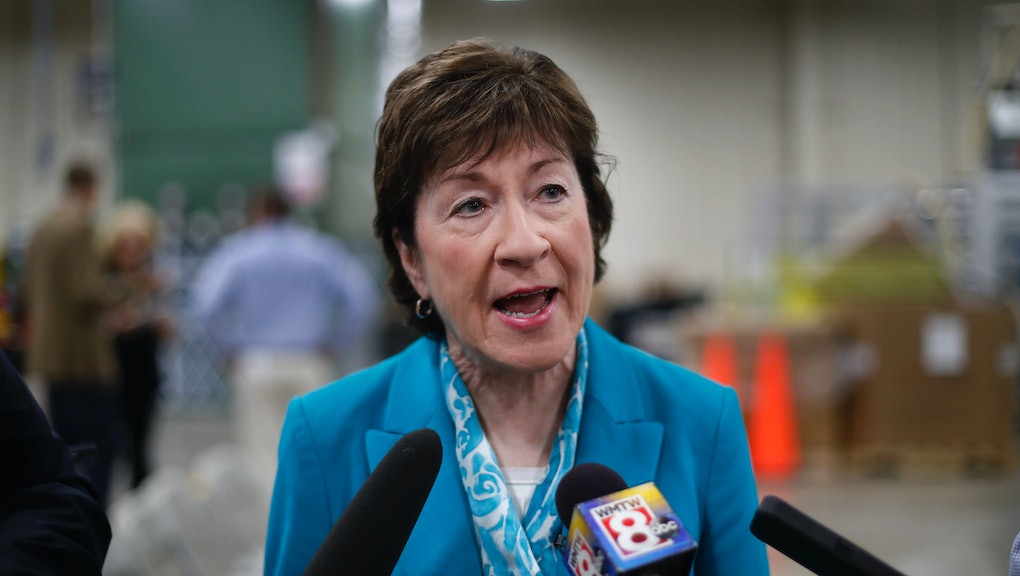 On Monday, Republican Sen. Susan Collins of Maine announced she is opposed to the latest Republican iteration of the health care bill, the Graham-Cassidy bill, undermining any chance of its passage, the Associated Press reported.

As CBS reported, just 20% of Americans supported the new version of the Republican bill, which aimed to repeal and replace the Affordable Care Act, otherwise known as Obamacare.

Moreover, other representatives including Republican Sens. Ted Cruz of Texas and John McCain of Arizona announced they, too, would vote “no” on the bill if it ever came that far.

“Right now, they don’t have my vote, and I don’t think they have [Republican Sen. Mike Lee of Utah’s] vote either.” Cruz said while onstage at the 2017 Texas Tribune Festival.

McCain echoed this feeling in his own statement, saying, “I cannot in good conscience vote for the Graham-Cassidy proposal. I believe we could do better working together, Republicans and Democrats, and have not yet really tried.”

She added that she has three “major concerns” about both the proposal and the latest version of the bill:

“I have three major concerns with both the proposal that we were discussing last week and the newest version that was put together this weekend: First, the proposal makes ‘sweeping’ cuts to Medicaid, second that it opens the door for states to weaken protections for those with pre-existing conditions and third that “physicians, patient advocates, insurers and hospitals agree that both versions of this legislation would lead to higher premiums and reduced coverage for tens of millions of Americans.”

She further noted that the CBO’s analysis of the bill confirms it will have a “substantially negative impact on the number of people covered by insurance,” something which she cannot vote in favor of. Collins added, “The Affordable Care Act has many flaws that need to be addressed. The current state of health insurance, where premiums are skyrocketing, choices are limited and small businesses are struggling, needs fixing. My focus will remain on remedying these problems.”