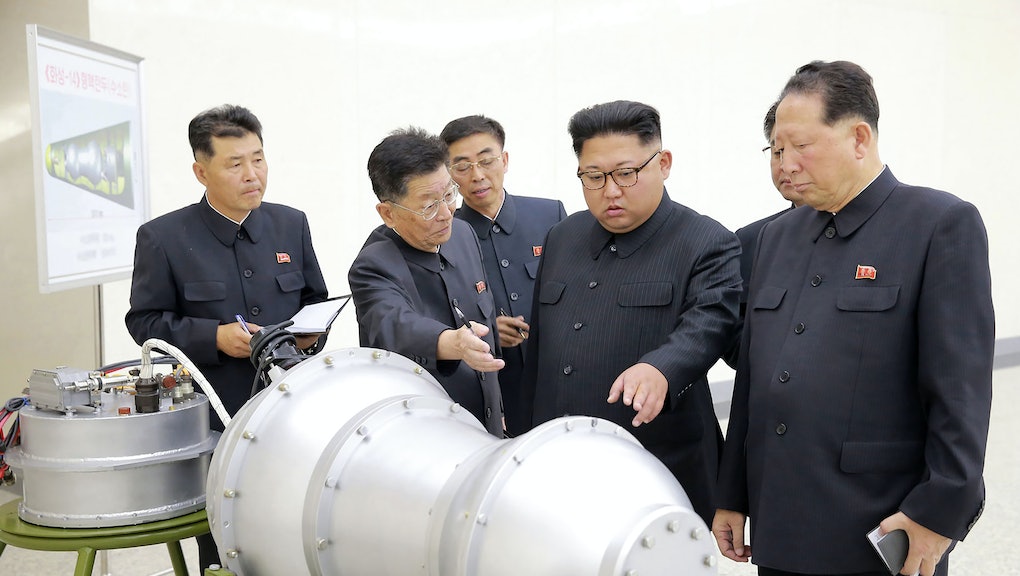 What isn’t true, however, is Newsweek’s misleading headline stating that South Korea is taking a 10-day vacation because of stress over the nearly 65-year stalemate. On Sept. 5, the news outlet published an article headlined, “Dealing with North Korea is stressful, so South Koreans are getting a one-off 10-day holiday.”

In reality, many South Koreans are getting a 10-day holiday simply because of the strange way the calendar falls in 2017. The government decided to give citizens Monday, Oct. 2 off because it is right between the weekend and Chuseok, a three-day holiday from Oct. 3 to Oct. 5 that’s sort of like Thanksgiving. One other official holiday — National Foundation Day on Oct. 3 — is being made up on Oct. 6 because it overlaps with the other holidays. Then there’s the weekend and finally Hangeul Day on Monday, Oct. 9, a holiday that celebrates the Korean alphabet.

So, no, it’s not because “dealing with North Korea is stressful,” as Newsweek put it.

The media has been criticized for overblowing the North Korea threat before.

It’s important to note that journalists themselves don’t always write the headline, and Newsweek’s article did in fact explain the breakdown of the 10-day holiday. But considering that roughly six in 10 news consumers read only headlines, it’s important for news outlets to portray the North Korea threat accurately — and to not misconstrue every South Korean affair to be related to North Korea’s missile tests or nuclear weapons development.

Understandably, the article was the source of some complaints on Twitter.

It’s fair to say that language from President Donald Trump and North Korean leader Kim Jong Un is getting harsher. Trump threatened to “totally destroy” North Korea if the U.S. is forced “to defend itself or its allies,” adding that “Rocket Man” — Kim Jong Un — “is on a suicide mission.” A few days later, a North Korean diplomat said Trump’s words are a “declaration of war,” and that it’s within North Korea’s rights to shoot down U.S. war planes.

But moments like these seriously validate criticism coming from Korean analysts who say the Western media overplays the conflict between the North and South. As Pusan National University political science professor Robert Kelly put it in a recent piece, “The war-scare over North Korean missiles continues to escalate, yet the outcome is not really in doubt. I don’t know one person in the Korea analyst community who thinks war is likely.”

“In my own TV experience, I am constantly asked if war is about to break out,” Kelly wrote. “I often have the impression the hosts or producers are slightly disappointed I am not more alarmist.”

In other words, it’s not that the public doesn’t have the right to be worried about North Korea. It’s just that some things have to do with South Korea only, and not everything has to do with the longstanding conflict.