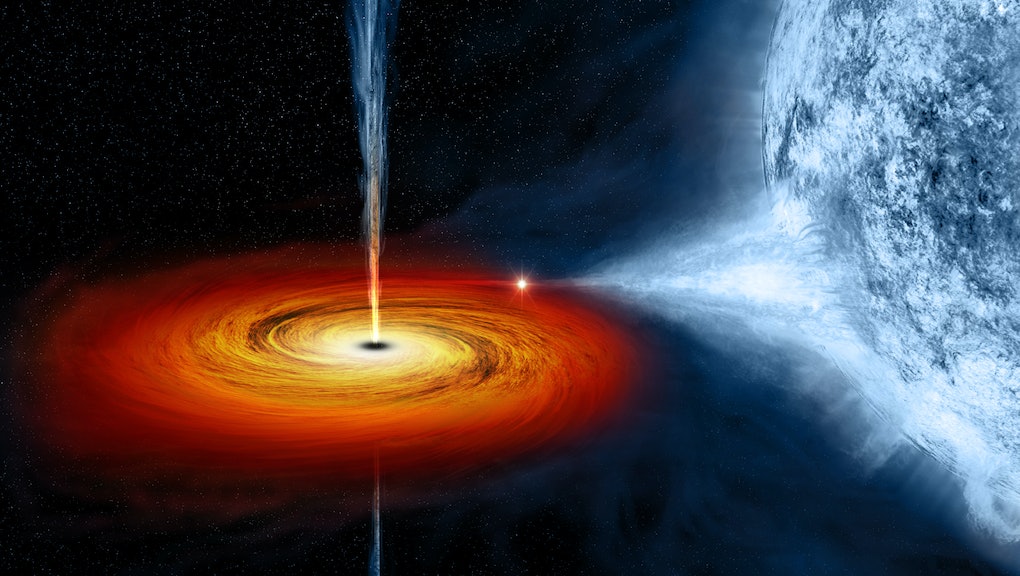 Less than a year ago, scientists confirmed the existence of gravitational waves, Albert Einstein’s century-old theory that describes “disturbances in the fabric of spacetime” that are sort of like ripples in water. Now there’s been another breakthrough: We’ve been able to detect where these waves are coming from, thanks to a fancy wave detector called Virgo.

On the first day of August, scientists incorporated Virgo into their arsenal of two other wave detectors that already exist in the U.S. On Aug. 14, they were able to pick up a signal of two black holes colliding, creating a black hole about 53 times the mass of the sun. That collision is what causes the ripples.

It’s the fourth set of gravitational waves to be detected, but this is the first time researchers have been able to use Virgo to see them. This matters because scientists are able to study “the three-dimensional pattern of warping that occurs during some of the most violent and energetic events in the universe” like never before, according to the Guardian.

“The main advantage of knowing the direction is that you can take a telescope in that direction and see if anything else is coming from the source,” Imre Bartos, assistant professor at the University of Florida, told Gizmodo.

Einstein first theorized the existence of gravitational waves in 1916. Since then, compounding evidence supported his ideas, but humans have only recently been able to witness it with their own signal readers.

Simply put, we’re just that much closer to understanding our universe.