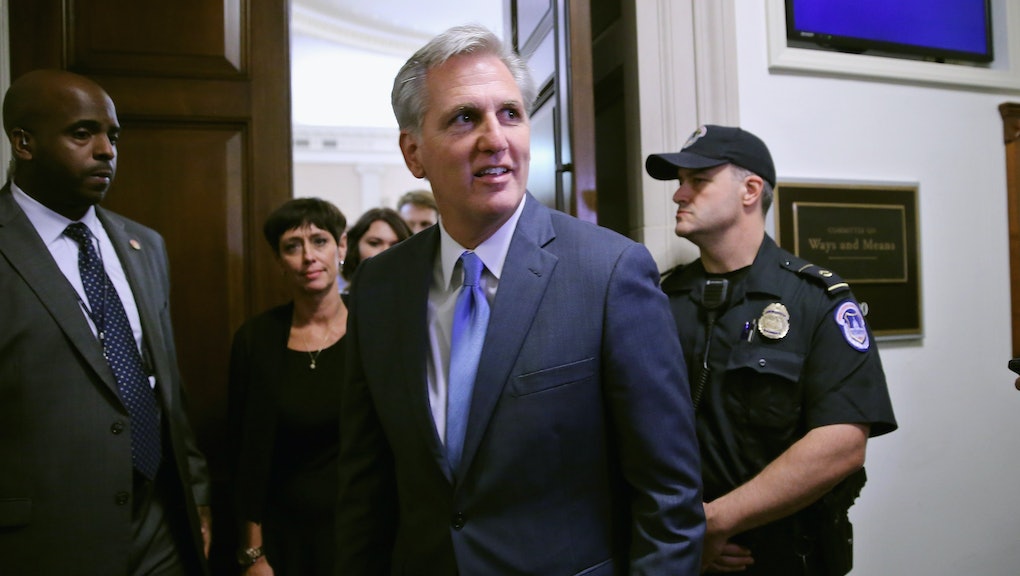 On Oct. 3 the House will vote on a bill that, if passed, will ban all abortions at the 20-week mark, Jezebel reported. Moreover, as the bill states, violators shall be fined or sent to prison for up to five years.

“The Pain-Capable Unborn Child Protection Act will protect the voiceless, the vulnerable and the marginalized,” House Majority Leader Kevin McCarthy (R-Calif.) said in a statement. “It will protect those children who science has proven can feel pain, and give them a chance to grow and live full and happy lives. We have an obligation to speak and defend for those who can’t speak for themselves.”

So far, the bill has found support within the Republican party, anti-abortion groups and with President Donald Trump, according to Jezebel.

“We want to be there for the woman, and we know we need a law to protect the children,” Marjorie Dannenfelser, president of the Susan B. Anthony List, an anti-abortion group, told The Hill. “We look forward to the vote next week, the vote in the Senate after and the signing from the president of the United States of America to stop this and keep us out of the company of North Korea and China as outliers of this law.”

According to the bill’s language, the 20-week mark was picked because that is when it claims a fetus reacts to pain like an adult would: “by recoiling.” However, as Jezebel noted, the science behind this statistic is incredibly flawed and is not recognized by major medical groups including the American Congress of Obstetricians and Gynecologists.

While the bill does allow for late-term abortions in the case of rape, incest or other life-threatening circumstances, it excludes “psychological or emotional conditions” and requires rape victims to wait 48 hours before getting the procedure.

According to CBS, a version of this very bill passed the House in 2015 but was subsequently blocked by the Senate. This bill, CBS noted, will likely see the same fate as it would need 60 votes to pass the Senate, where Republicans only hold 52 seats.

However, if it does somehow sneak through, Trump will sign it. As he wrote in a 2016 letter, he’s committed to “signing into law the Pain-Capable Unborn Child Protection Act, which would end painful late-term abortions nationwide.”