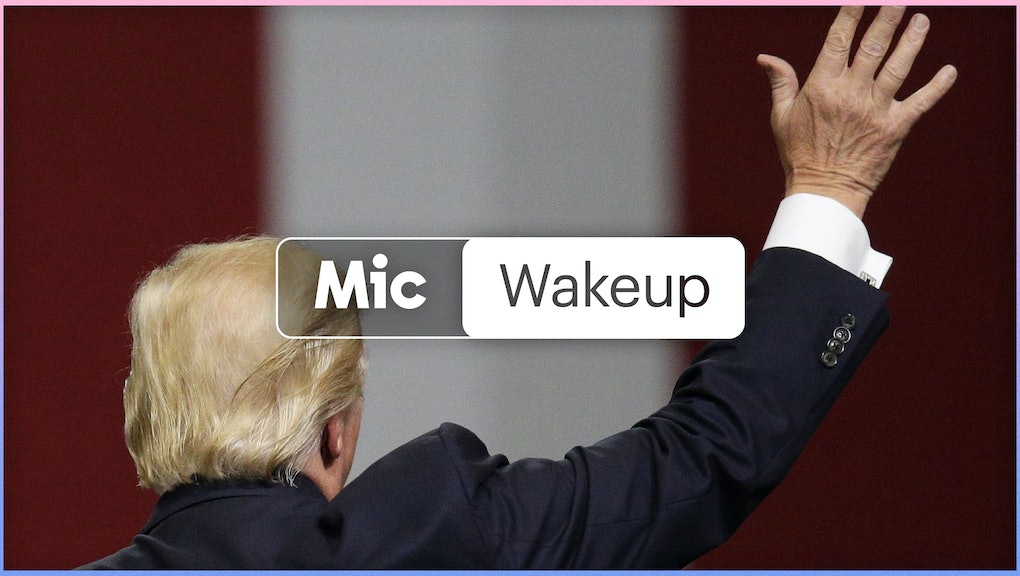 Mic Wakeup: Abortion rights fight, taxes and why you should give “danger zones” a chance

It’s Friday, Sept. 29. Here are three stories you need to know about.

On Oct. 3, the House is expected to vote on a new bill that will ban abortions after the 20-week mark and send violators to jail for up to five years.

“We want to be there for the woman, and we know we need a law to protect the children,” Marjorie Dannenfelser, president of the Susan B. Anthony List, an anti-abortion group backing the bill, told the Hill. “We look forward to the vote next week, the vote in the Senate after and the signing from the president of the United States of America to stop this and keep us out of the company of North Korea and China as outliers of this law.”

Beyond Republicans and anti-abortion groups, the bill is also finding support with President Donald Trump, who said he will sign it if it lands on his desk.

Will it pass? Probably not. While it will likely pass the house, this bill, like a similar bill that was passed by the House in 2015, will most certainly be shot down in the Senate.

Trump wants you to know one thing: He “will not benefit” from his new tax plan. If only that were true.

According to Politifact, Trump’s statements that he will not benefit from his new tax plan, nor will “people of wealth,” is totally false. In fact, as Mic also noted, he and his children could even see millions in tax cuts thanks to his plan. Though, again, as Politifact explained, there’s no real way of telling since Trump is the only president in modern history to not release his tax returns.

According to chief White House economic adviser Gary Cohn, the American middle class will see at least some benefit from the plan, including up to a $1,000 that they can use to “renovate a kitchen.” But, that family will need to be making $100,000 a year, or about twice as much as what an actual middle class person makes.

Where can I check out Trump’s Plan for myself? Right here in black and white.

It’s time to give “dangerous” places a chance

Right now the U.S. Department of State has 46 travel warnings and alerts listed on its site. While it does list a few of the expected locations such as North Korea, Iraq and Iran, the page also breaks down warnings for Europe as a whole, saying the continent may be dangerous for Americans due to the threat of terrorism and others like Kenya because “rallies, demonstrations, and protests may occur with little notice.”

And while there are without a doubt a few places Americans need to be cautious of while traveling, many of the places on this list are rich with history and culture and should be seen before they are lost forever.

So how can you visit these places safely? Try one of the many travel groups that specialize in peer-to-peer tourism.

“If you don’t know, don’t assume. Ask questions and educate yourself about the risks,” Jessica Pociask, owner of Want Expeditions, a small-group travel company focused on conservation, said in an email. “If you decide to go forward with your trip, you can minimize your risks by choosing a reputable tour operator with experienced guides.”

OK, I’m ready. Where should I start? Places like Want Expeditions, MIR and others will help you get your journey under way.