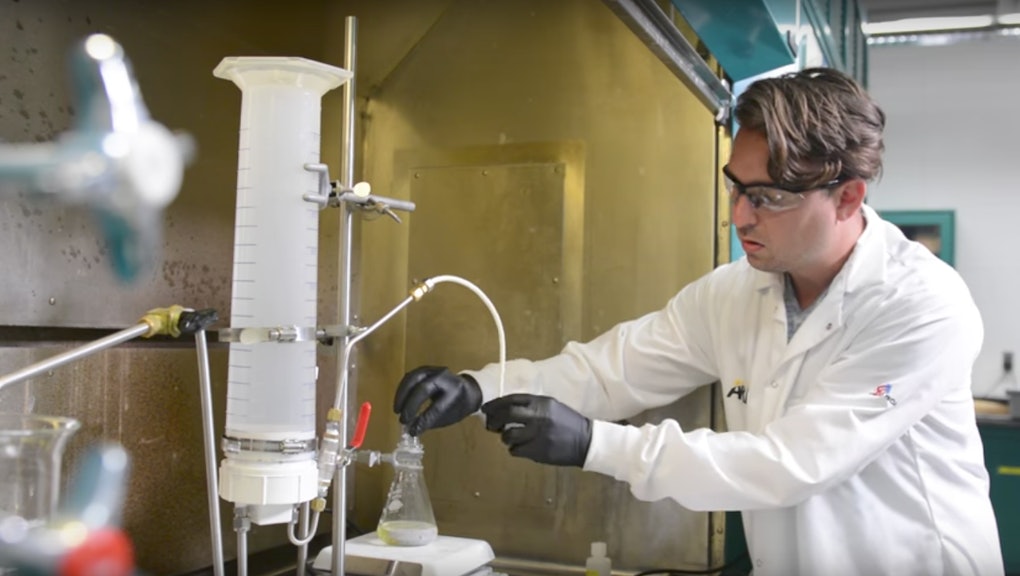 Scientists have invented a powder made from aluminum metal that can be activated and turned into energy using urine.

In the future, stranded soldiers who are running low or completely out of fuel might be able to use their own body to get back on the road again.

The aluminum-based nano-powder essentially creates hydrogen energy when made wet. Adding water to it causes a pop and fizzle reaction, much like an Alka-Seltzer tablet. But adding urine causes an even livelier response and appears to extract more hydrogen.

“When we demonstrated it with urine, we saw almost a factor of twofold increase in the reaction rates,” Kristopher Darling, a scientist at the U.S. Army Research Laboratory, said in a video. “In some ways, we were all very excited because it opens it up for additional potential applications.”

It may not be glamorous, but it’s a potential backup plan for soldiers low on supplies. Other survivalists might want to get their hands on the powder in case of an emergency, and it could also potentially be used in drones or robots with depleting energy sources.

Plus, the powder may be easier to transport than pressurized or liquified hydrogen fuel, according to Smithsonian magazine. More testing will reveal if this pee-and-powder system is really plausible in the field.

Using urine to sustain missions — whether they be militaristic or for space exploration — isn’t a new idea. Researchers have been looking into using pee to create fuel, drinking water, plastic materials and food production aboard the International Space Station.

Soon, we may no longer be able to refer to our pee as “waste.”